After 1000 destructive testing, repairing electrical efficiency up to 100% of highly conductive nanocomposite

Fixes moldable conductive material and received widespread attention in the field of artificial skin electronics, bioelectronics and things like. Since the response of the recoverable mechanical / electrical damages or external stimuli, repair material is an important component of high-performance electronic devices. However, the practical application of the conductive repair material and low in irreversible degradation after breaking / repair cycle hampered. 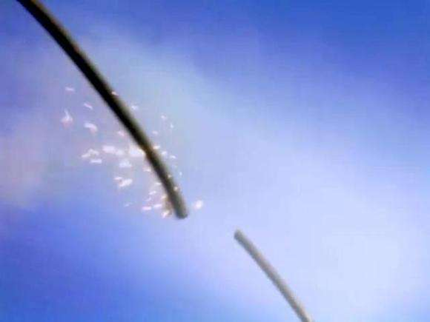 Sungkyunkwan University Daewoo Suh and other researchers reported a highly conductive, fully reversible electron tunneling assisted silver nano-satellite (Agns) particle percolation network, preparing a moldable putty-like nanocomposite and repairable. The electrical conductivity of the material increases greatly, since the percolation networks rely on electron tunneling rather than physical bonding the filler, even after the 1000 fracture / repair cycle able to maintain 100% electrical efficiency of repair , and still have a high stability in case of flooding and exposed to ambient air for 6 months. This high conductivity moldable nanocomposite can be applied to improve the repair and electrical parts, has wide potential applications in the future field of electronic materials! 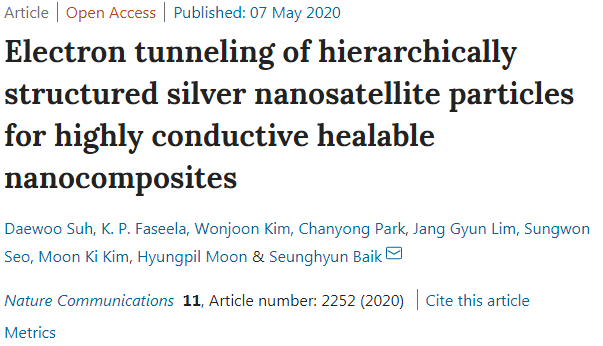 AgNS-AgFL-SR nanocomposites electrical transmission performance [123 ] Figure 2 shows AgNS-AgFL-SR nanocomposites conductivity σ THF initial amount of the peroxide with the mixture changes. AgFL-SR samples without peroxide THFSynthesis under conditions which σ is only 8.64 × 10-3 Scm-1. In the optimum amount of peroxide THF (15ml), the conductivity increased about 5 orders of magnitude. This is surprising, since only by electron tunneling through AgNS particles without filler cure inducing physical bonding, to construct a high electrical conductivity percolation network.

AgNS-AgFL-SR moldable nanocomposite of the Figure 4 shows the macro and micro moldability AgNS-AgFL-SR excellent nano composites. It can be easily formed in various shapes by a simple molding process.

Application of presentation using robotic AgNS-AgFL -SR nanocomposites emergency repairs electronic presentations, as shown in FIG. This is due to the toxic gas leak andAccidents caused by high temperatures that humans can not enter the place of occurrence is very useful. An exhaust fan connected to the nanocomposite repairable circuit, the circuit is heated to 200 ° C, the removal of toxic gases (FIG. 5a) under severe conditions. Analog circuit is cut off, the accumulation of toxic gas and gas concentration higher than the safe level (FIG. 5b and c). A robot is sent to the emergency site, repaired AgNS-AgFL-SR circuit (FIG. 5d). Restart fan discharge toxic gases, and the gas concentration dropped below a safe level (FIG. 5e).

summed In this article, the researchers preparing a moldable putty-like and fixes AgNS-AgFL-SR nanocomposite. The conductivity of the material is increased by about 5 orders of magnitude, still maintaining electrical repair efficiency of 100% even after 1000 times of breaking / repair cycle, and still having stability in case of flooding and exposed to ambient air for 6 months. The article also referred to the emergency electronic maintenance demonstration of the robot. We believe that this high electrical conductivity, moldability, repairable and stable AgNS-AgFL-SR nanocomposites in the next field of electronic materials can be a good application. Original link: https: //www.nature.com/articles/s41467-020-15709-8

下一个：A record pace, the carbon dioxide is converted to ethylene!