Combat global warming, control atmospheric carbon dioxide concentration is a common challenge for all mankind. With the United States withdrew from the Paris climate agreement, this challenge has become more daunting. Photosynthesis is the most important natural global carbon dioxide fixing method, carbon can be in the form of a multi-fixed biomass than 100 billion tons of carbon dioxide per year. However, with the rapid development of national industrial capacity, the consumption of fossil fuels surge in natural photosynthesis has not been able to fix the excess carbon dioxide, so the concentration of carbon dioxide in the atmosphere is rising. Artificial carbon sequestration To address this challenge brings a viable path, while reducing atmospheric carbon dioxide can provide multi-carbon compounds, ease of fossil energy consumption. 2016, German Max – Planck Institute Tobias J. Erb Task Force in \” Science [123 It reported a non-naturally catalyze carbon dioxide fixation enzyme new Approach CETCH cycle] \”on, which is higher than the Kelvin circulation efficiency of sequestration of nature. However, CETCH cycle consumes ATP and NADPH were expensive energy supply, it can not be large-scale use. 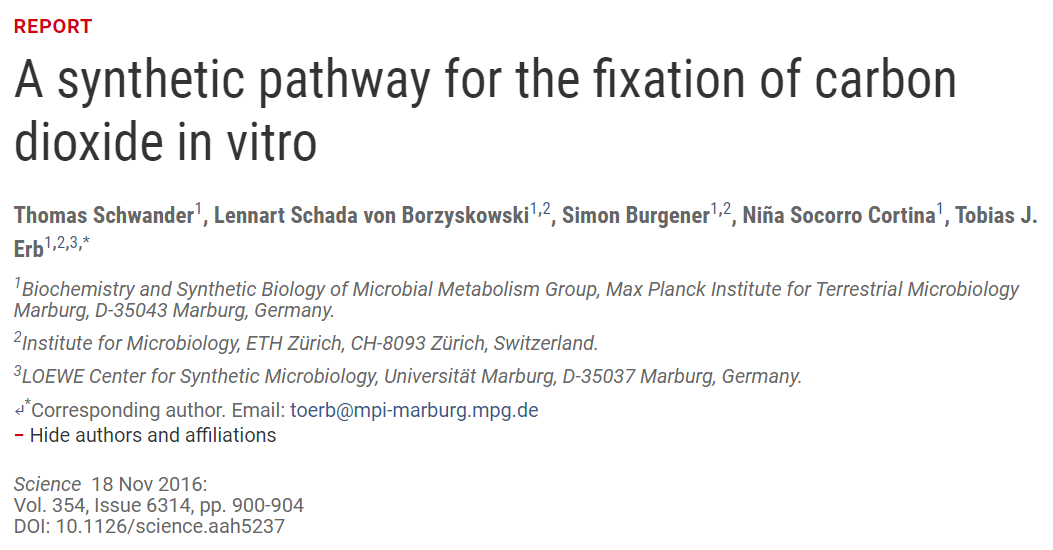 Recently, a German Max – Planck Institute Tobias J. Erb with the research group at the University of Bordeaux, France, Jean- Christophe Baret cooperation in the \”Science\” published an article entitled \”Light-powered CO2 fixation in a chloroplast mimic with natural and synthetic parts\” of research papers. Article, the author The droplet microfluidics in the thylakoid membranes (thylakoid membrane) within the native chloroplast CETCH more enzymes seamlessly integrates with solid carbon cycle, the energy source can be constructed using light as Natural and artificial chloroplast efficiency over (Figure 1) . This is capable of producing an artificial chloroplast ATP and NADPH molecules energy through photosynthesis,And to more efficiently convert carbon dioxide into chemicals glycolic acid. On the first isolated thylakoid membranes of chloroplasts, spinach and passed through experiments confirmed that the resulting isolated thylakoid membranes capable NADP under illumination conditions + reduction is of NADPH, and capable of converting ADP into ATP. Then OF demonstrated thylakoid membranes able to crotonyl – coenzyme A carboxylase / reductase (crotonyl-coenzyme A (CoA) carboxylase / reductase (Ccr)) and propionyl – coenzyme A carboxylase (and propionyl-CoA carboxylase ( PCC)) like the carbon dioxide fixation reaction of enzyme required to provide energy. On this basis, it was confirmed thylakoid membrane 16 be compatible and glyoxylate reductase enzymes required CETCH cycle. It is worth mentioning that the enzyme CETCH cycle from a plurality of species of plants, animals, microorganisms, is 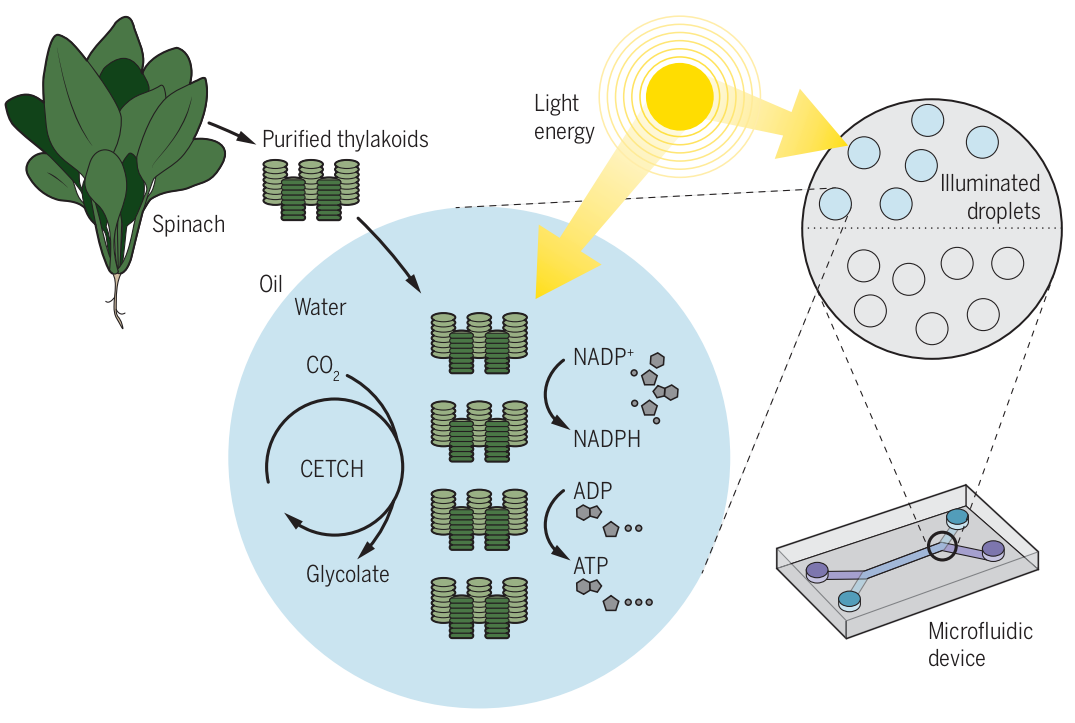 The microfluidic droplets technology to achieve scale-up, high throughput, real-time monitoring and other needs. water in oil droplets, and a variety of membrane thylakoids enzymes in the small droplets, to filter out by NADPH fluorescence having a reactive droplets (FIG. 3A) droplet microfluidics prepared. By comparison of body group, microfluidic droplet group (FIG. 3B), the control group was found, and no light, the droplet microfluidics can significantly improve the conversion efficiency of artificial chloroplast carbon dioxide (FIG. 3C). can be 90 minutesTime to produce 47 ± 5 micromoles of glycolic acid.

上一个：-60 ℃ normal work of the battery does not smell? Ultra-low temperature battery Li-CO2

下一个：Ministry of Education: Teacher salaries of civil servants shall be completed not less than at the end!