BYD will apply to new airgel

August 8 afternoon, the Boston Consulting Group released its latest 2018 Global Challengers report, this list a total of 25 Chinese companies on the list. Each year, the Boston Consulting Group will be selected from the most emerging markets have the potential to become a world-class multinational companies of 100 companies, after Huawei, Lenovo, Tencent have entered the list, and successfully \”graduated\” to become the world\’s leading multinational the company. It is worth noting that the Chinese company in the list of the finalists, BYD, Tian Qi Li industry and other new energy companies honored for the first time. From the wind power, photovoltaic, to today\’s electric vehicle industry, the rapid development of China\’s new energy companies, they have to go abroad, overseas direct competition with international giants.

new energy industries have begun to take the global competitiveness In recent years, global electric vehicle industry development by leaps and bounds, repairer old and new forces have the layout of the electric car industry. Among them, the first time the list of finalists BYD can be described as a dark horse, as a battery and car manufacturers, the company has become the world\’s largest manufacturer of electric vehicles. Last year, BYD revenue of over one hundred billion yuan, of which more than one percent of its revenue from overseas. In the new energy battery industry chain, the most upstream in the raw material stage day Qi Li boarded the list. This year, Tian Qi Li industry proposed $ 4.1 billion acquisition of 23.77% stake in Chilean lithium producer SQM, and this acquisition program vibrations domestic and foreign capital markets. BYD and Tian Qi Li industry \’s nomination, to some extent, marking the country\’s new energy automotive industry out of the country, began to compete globally. In fact, one battery in the field of new energy vehicles core, Chinese companies have begun to overseas. This year, domestic battery production company in Ningde era, Wei Li billion has signed a supply agreement with foreign auto giants, they will direct Panasonic, Samsung SDI and LG Chem battery to compete with the three traditional giants. However, both domestic battery company has yet to supply large-scale foreign auto companies, it is difficult to board this list. 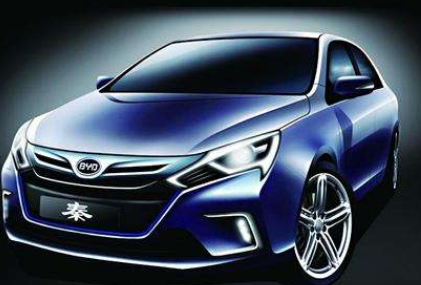 BCG Partner, Global Advantage practice Chen Qinglin, head of Greater China, said, want to enter the global challengers list, candidate companies must have annual income of at least $ 1 billion, more than 1000 employees and more than its domestic market GDP or the industry average growth rate, EBIT margin must not be lower than the industry average, companies must also have a strong international influence – international salesThe amount of 10% or more international mergers and acquisitions amounted to more than $ 500 million. In addition to new energy automotive industry of the two companies, the domestic photovoltaic giants Trina Solar, Jinko Solar, wind power giant Goldwind and Geely, Yutong Bus and other car firms involved in new energy automotive business is also the list of columns. The energy sector, mainly domestic Dengbang CNOOC, oil and other traditional energy companies. multinational digital trend is clearly In fact, the energy business is only part of the list of enterprises, other enterprises are mainly concentrated in the areas of industrial, consumer, healthcare and financial services. Boston Consulting study found that all of these companies have an obvious feature – digital. 2018 hundred list of global challengers in nearly 60% of the company\’s business is not a digital native who is the application of digital technology; and compared to 2012, only 17% of companies large number of applications of digital technology. These global challengers from emerging market is quickly catching up mature market counterparts, and gradually establish their own leadership. Among them, some companies are innovators of digital technology – they will be a new invention to market, the main business establishment based on the new technology, from the hands of competitors mature market share. Other companies are using the technology in terms of innovation, the traditional way of trying to develop in more traditional industries to promote new products, new services, or directly subvert the manufacture, delivery of products and services. Technology companies are also non-application of digital technology to improve operations and overcome many physical obstacles to business, financial and business aspects of their face in emerging markets, involving geography, logistics and infrastructure. Boston Consulting believes that the global challengers in three major ways to enhance digital capabilities: internal active investment innovation and product development; seek cooperation, keen to join the digital ecosystem or create your own digital ecosystem; through mergers and acquisitions and private investment, from start-up companies and the new digital technology acquisition capabilities. Global Challenger in the digital economy, including millet, Haier, Midea and other Chinese companies. The current global environment there is a new change, emerging market companies also have greater challenges. BCG senior partner, Dr. Arindam Bhattacharya new global research, experts say, from 1980 to 2005, some of the production in developed countries can be transferred to emerging markets. And this trend now ceased, not to be. He said the industry has changed the system 4.0Building works industry. The next 20 to 30 years, many developed countries will establish a number of factories in the country, rather than build factories in emerging countries. How Chinese enterprises to cope with this challenge? Dr. Arindam Bhattacharya believes that Chinese companies to become multinational enterprises localization, local businesses to give more responsibility to establish branches in each country endeavor to be a strong business, while reducing dependence on headquarters. Enterprises through digital platforms, and establish global solutions and services business, to provide additional services beyond the product itself. In addition, he also suggested that Chinese enterprises looking for some international partners to cooperate.

上一个：Dongfeng -17 Why so much? National Defense released secret: do airgel \”coat\”