Following do Liangpi (cold noodle heard people learn better polymer is also doing good? Yes, yes!), We found that people with good chemistry, as if the cup can be more clean brush. Surely the fear many people have been dominated by \”chemical formulas.\” You may remember, chemistry teacher always talking about: When cleaning glass container, if the container surface is neither covered drops of water, above water and not stocks shed, as evidenced by a clean container.

However, Xiao Bian believe that most people just remember this rule, but did not understand the hidden principles. Now, let us see what the scientific principles which in the end yes.

we have in the past the park to watch the lotus experience. If you look closely, you will find that the surface of the lotus leaf drop is usually full round spherical form of small droplets, it is easy to swing with the blade and rolled.

Other plant leaves, especially yellow blade above puddles of water droplets is usually attached to the leaf surface, a substantially semi-ellipsoidal. The same water is what causes the differences in shape them? In fact, this phenomenon is called wetting and non-wetting on the physics, distinguished by the size of the contact angle. The contact angle refers to the angle of the liquid, solid surface, contacting air at three, curved liquid surface is formed with the solid surface, as shown below. When

talking about this, presumably small partners to understand why the chemistry teacher always said \”neither condenses into water droplets, and not shares shed\” even clean up. Unit is condensed into water and flows down into the water with the glass surface of the means of contact angle greater than 90 °, and the contact angles greater than 90 ° means that the glass dirt and impurities adhered on the surface, indicating that the glass is not clean.

molecular force – the nature of infiltration

earlier, we use physics to figure out infiltration and infiltration is not considered how the glass clean. But the curious little friends must ask, what is the nature of infiltration is it? This phenomenon is what is how to generate it? 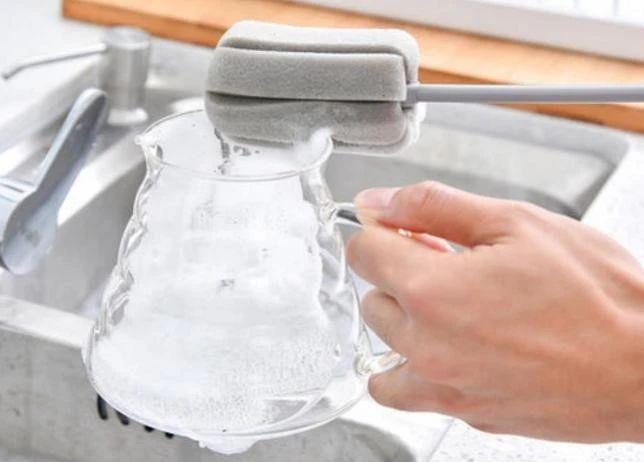 Here, we went into the microscopic world, look solid and liquid surface in the end what happened? We know that most substances are composed of molecules or atoms, molecules or between atoms are not independent, there is interaction between each other, this interaction is called Molecular Forces , if there is a each spring invisible molecules up. All directions

Paraffin represented by a hydrophobic surface condenses the small drops into a ball. Various configurations of glass metal ion and attractive to water molecules radicals is greater than the attraction between the molecules of water, so water droplets drop fit tightly attached to the glass surface, generally not form a spherical shape. Once the glass surface contaminated with oil, the actual contact interface of the glass is no longer water molecules, but the greasy surface, in the hydrocarbon oil Attraction for water molecules is much smaller than glass, so, the water droplets will aggregate into small droplets in the oil, while larger droplets will flow down into strands. see little friends here have not surprised it? I did not expect this to wash the glass in the little things in life even hidden so profound physical principles! Molecular force seemingly always in touch with us actually affects our daily lives! In fact, the scientific principles in life, there are many hidden, as long as you have sufficient scientific knowledge and a pair of sharp eyes, will be able to find more wonderful truth in commonplace phenomenon.