This morning, DICP Xiao Chunlei researcher , Sun Zhigang, a researcher , Donghui academician and [ 123] Yang Xueming Academy group in the simplest chemical reaction of hydrogen isotope molecules hydrogenation (H + HD H2 + D) reaction, found a new chemical reaction quantum interference effect , contributes to a better understanding of the chemical reaction process, the rich knowledge of chemical reactions. in a chemical reaction, quantum interference phenomenon is widespread. However, the root cause of interference we want to accurately understand these very difficult, because the complex interference patterns, but also in these experiments is difficult to accurately distinguish the features of the interference pattern. H + H2 Reaction its isotopes, all chemical reactions is the simplest. The system involves only three electrons, it is easier to accurately calculate the atomic interaction force at three different configurations. On this basis, by solving the Schrodinger equation corresponding to describe a chemical reaction process, it is possible to achieve molecular reaction dynamics computer simulation of the process, thereby leading to a deep understanding of chemical reactions on a microscopic level. The research team in 2019 found that early theoretical studies, in particular on the scattering angle, H + HD reaction product of the number of H2 will be presented with the collision energy is particularly regular oscillations. For this oscillation phenomenon regularly, the team carried out a detailed study of theory with experiment. Experimentally, by improved crossed beam, it allows a high collision energy in the accurate measurement of the backward scattering signal (scattering angle of 180 degrees). In theory, the further development of quantum reactive scattering theory, creatively developed methods to analyze the use of topological principle of chemical reaction pathways. Topology analysis showed that the interference is the fact these two reaction pathways by scattering due to the oscillation. These two reaction paths for the significantly contribute to scattering, but the magnitude of their respective collision with no significant change can change, showing slow trend. They can collide with the phase change, a linear increase, a further decrease linearly, therefore, mutual interference result presented a strong regular oscillation.

Further classic rail lineationOn analysis showed that the reaction pathway in which one corresponds to the direct reaction process is generally known, G to I shown below. The other reaction pathway corresponds to a reaction similar to a roaming mechanism, A to F shown in FIG. Since these two reaction routes, just in the opposite direction around the H + HD tapered cross reaction potential energy surfaces, they must be interference pattern PES vibronic coupling can be simulation, which reflects the geometric phase effects during the reaction system. Especially interesting is the collision energy range studied, the reaction occurs through the roaming mechanism accounts for only about 0.3% of all reactive. So weak while a small portion of the reaction can be clearly revealed by theory and experiment. 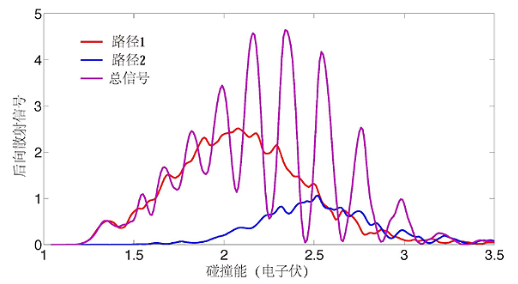 In one aspect of the study revealed again quantum processes due to the collision of atoms in molecules of a chemical reaction, on the other hand, also reveals the chemical reaction pathways are complex. Despite this simple system still exist scientists do not recognize the fact. Related articles on Beijing time on May 15 published in the \”Science\” (Science). The research was supported by the National Natural Science Foundation of China and the like. (Text / Sun Zhigang, Chen Si) 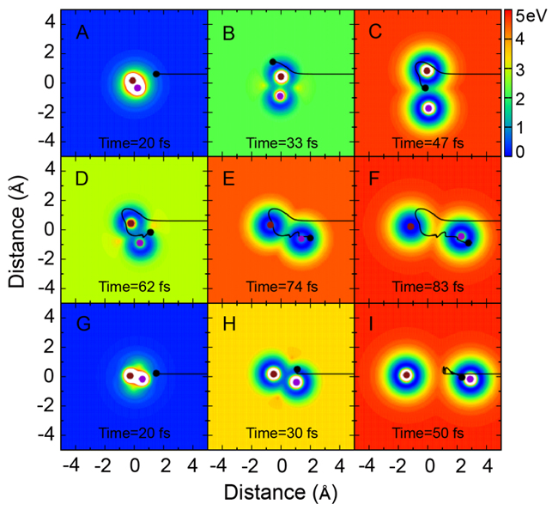 5.8 Yang Xueming Academy of Sciences / Dr. Yang Tiangang \”Science\”: approaching absolute zero, quantum resonance Review article May 8, molecular reaction dynamics State Key DICP laboratory Yang Xueming Academy of sciences and the South University of Technology Dr. Yang Tiangang invited commentary article published in \”Science\” (Science), discuss approaches absolute zero atomic and molecular collision course progress in quantum resonance scattering. known, the collision energy transfer and chemical reaction processes of atoms and molecules by the rules of quantum mechanics are controlled. Understand the role of quantum effects in atomic and molecular collisions are understood fundamental energy transfer and chemical reaction process. The quantum effect can be better stored at low temperatures, so the impact on the result of collisions at low temperatures will be even more significant. Quantum Resonance scattering experiments to provide a quantum effects observed during the collision of the article describes in detail the same period of Dutch scientists published about the extremely low temperature quantum scattering resonance research (Science, 6494, 626-630, 2020). Reduction technology by using StarkSurgery produced NO (j = 1 / 2f) He beam source and beam source cold binding speed high-resolution imaging, to achieve the kinetics of NO + He scattering system 0.3 to 12.3 K high resolution inelastic collision energy, and observed multiple resonance phenomenon. Furthermore, the results can only calculate the exact date of the development of the potential energy surface described by CCSDT (Q), also shows that this system, inelastic scattering, scattering observed experimentally quantum resonance image can be accurately tested Quantum the results help understand the quantum effect of collision energy transfer in molecule atoms. The article also describes the examples I have near absolute zero research on quantum resonance scattering plays an important role in chemical reactions. F + H2 HF + H HF generated during the reaction is an important molecule in interstellar chemistry. But the F + H2 reaction has a 1.8 kcal / mol barrier height (629 cm-1), under the classical model in near absolute zero chance of this reaction is completely ignored. Yang Xueming team significantly improved by means of conventional molecular beam cross H Rydberg states indicated the TOF spectrum, the reaction temperature was observed up to evidence this reaction 14 K (9.8 cm-1) still occurs at the same time observed about 40 cm-1 to a collision energy of the reaction formant. Further theoretical analysis shows that, F + H2 reactive at low temperatures, by reaction resonance states are enhanced tunneling effect produced, rather than the usual simple tunneling effect, which is close to absolute zero this reaction can still be the reason occurred. If resonances resonance enhancement effect caused by removal, F + H2 (v = 0, j = 0) the reaction rate constant at temperatures below 10 K, decreases three orders of magnitude or more (Nat. Chem., 11,744 -749,2019). The paper points out that Progress approaching absolute zero, quantum resonance thanks to the development of new methods and new molecular beam detection technology, the precise interaction between theory and experiment to promote the development in this field. Quantum Resonance Scattering help researchers more profound understanding of the energy transfer in the gas phase collisions and a reaction process, for understanding of complex systems such as interstellar chemistry, atmospheric, and other combustion processes is also important.

下一个：Goodenough teach you how to design solid-state electrolyte