French Nobel laureate said the new virus was man-made crown, Rao said it \”has a strong deceptive\”, has long been engaged pseudo-science, have lost basic standards

The new crown virus source of the problem and then turmoil. January 31, Indian Institute of Technology Delhi Angeles researchers published in the biological preprint BioRxiv said new crown viral-specific gene insert with HIV like, does not look like a natural evolution from [123 ]. Author claims that the virus found in the new crown of S protein (spike protein) in the four inserts, four new crown fragment is unique to the virus, none of these other coronaviruses inserts. All four insert amino acid residues in both the Human immunodeficiency virus type 1 (HIV-1) Replication protein of gpl20 or the Gag in having an amino acid residue identity or similarity.

However, the conclusion was unanimous opposition of the scientific community, the author has withdrawn the paper. However, local time on the 16th, the famous French virologist, the discovery of HIV (HIV-1) to obtain 2008 Nobel Prize in Physiology or Medicine in Luc Montagnier (Luc Montagnier) teach in an interview with France granted a medical professional media interview, said: they used mathematical models to study the results of viral genes, confirmed the discovery of Indian scholars until the new crown with AIDS virus genes. Wuhan crown the new virus should be laboratory \”AIDS vaccine product was unexpected.\” . Meng Tanye laboratory referred to Wuhan P4 laboratory. then, Meng Tanye refuted by a number of French scientists, including the Mengtan Ye former colleagues in the field of AIDS research, Professor Simon Wain Hobson. According to Reuters, the French presidential palace after a lapse of one day after (17th) also Mengtan Ye argument refuted. Make Long French presidential office official said: \” 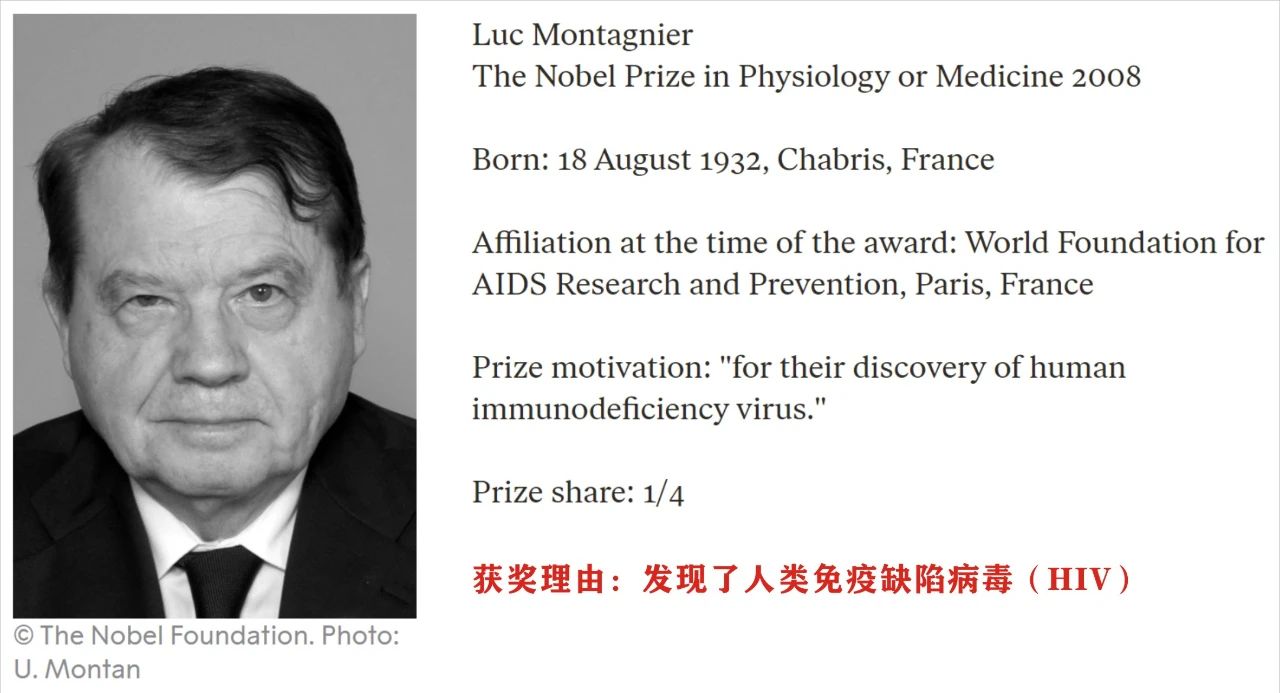 We are here to clarify, so far, no factual evidence to support novel coronavirus source and research work in Wuhan, China P4 laboratories associated .\” Extensive scientific consensus that the new coronavirus that SARS-CoV-2, from bats. In addition, at the White House on the 17th epidemic routine noteThose at the meeting, the top US epidemiologist Fauci also denied the speculation. He said that this coronavirus is likely to be naturally transmitted to humans from animals. 2020 April 18, Capital Medical University, the famous biologist Rao professor in his personal micro-channel public number the science and Rao author \”promise to introduce a school Bell prize winner of opinion \”that: the identity of Nobel laureate Montagnier is, not only is the virology virology expert and leading scholars, claiming that the new crown viral nucleic acid sequences and new sources crown with HIV virus, strong deceptive . The new crown HIV virus-free sequence, many scientists have been publicly explained. Montagnier and a title he had any Professor of Shanghai Jiaotong University. He said, \”I have many Chinese friends, a few weeks before the outbreak of the epidemic in China.\” This sentence may not be wrong. However, He did not confess that he had been severely criticized France and the world scientific community, he has lost the basic standards in pseudo-science for many years . The following is a transcript Luc Montagnier related interview: 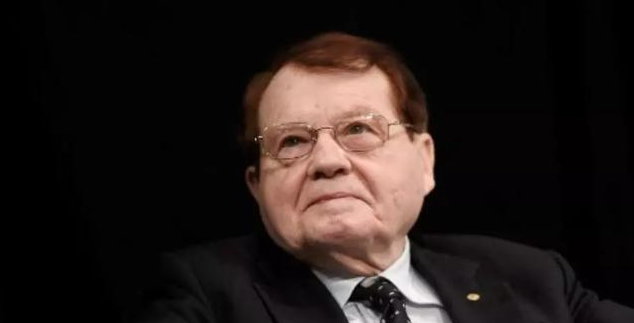 Reporter: Compile Professor Luc Montagnier, hello, new gene sequence of the virus to the crown than HIV gene sequences compiled much more quickly, however, you believe that this compilation is not comprehensive enough? Luc Montagnier: Wuhan laboratory studies coronavirus has been for many years, is an expert in this area. This prompted me to conduct a more in-depth study of the genetic sequence of this virus, not only for me personally together, and my colleague mathematician Jean Claude Perrez, gene sequences in a biological he applied mathematics. He all parts of the gene sequences have been studied, we are not the first to discover new crown virus with HIV gene sequence, before the Indian scholar also found that sequences of other viral genomic new crown virus contains, for me, it other virus is HIV, however, they were forced to withdraw before the article was published, because they were too much pressure. However, the truth will always be revealed to the world of science. Reporter: We can understand the genetic sequence of HIV found will make you surprised at the new virus in the crown, however, whether this might be the result of natural gene mutations, such asHe said the results after a patient infected with the AIDS virus produced new crown? Luc Montagnier: No, the human body can not be so directly affect viral gene to insert a new gene protein in the virus must pass the lab, it is still relatively difficult a few years ago, but today has been very easily. Reporter: For you nature of the virus is not credible, it must be the result of human action? Luc Montagnier: Yes, this virus is a coronavirus based on the production from the bats, followed, perhaps inadvertently leak to the outside of the laboratory. The so-called argument from the seafood market is just a legend. Reporter: The purpose of this manufacturing artificial virus what is it? Is a manufacturing chemical and biological weapons or develop a vaccine to prevent HIV do? Luc Montagnier: I think the development of a vaccine is the most rational explanation, do not use a disease-causing coronavirus as a carrier molecule to carry the anti-HIV gene, in order to cultivate a vaccine to prevent AIDS . Reporter: This is a tragic watering wet themselves were irrigated story. Luc Montagnier: Yes, this is a school of witchcraft apprentice mistakes and molecular biology can be used for many experiments, however, we forget that nature is not able to accept all of the experiments, there are some that must be followed, if nature is difficult to accept, it would respond to us, which is what is currently happening. The human body is naturally abandon some of the man-made part of the virus, which we can see the evolution of genes of the virus, the patient finally infect new crown virus, is the virus genes today the US West Coast patient\’s body, including those inserted section less and less. Reporter: This may be hope? Luc Montagnier: Maybe yes, maybe we do nothing, the epidemic appears plane. However, so many people have died. I have some suggestions can accelerate the improvement of the situation, for example, we can use the interference wave and so on, but this requires capital and investment. Reporter: You described very clearly and very scary, you are a world-renowned scholar and Nobel laureate, but, nevertheless, perhaps you might still have been criticized conspiracy theorists? Luc Montagnier: those people to cover up the truth of conspiracyCommentators, I have many Chinese friends, I was a few weeks before the outbreak of the epidemic in China, because the truth will always be revealed to the world, especially the viral gene sequences in not only HIV, as well as sequences of other viruses. I do not want to pursue some of the responsibility, but does someone make a wide variety of genetic experiments. In particular, it should not prohibit published an article about the study of viral origin. This is preposterous. And it gave people create a false impression, as if today\’s science is not the truth, but in some people\’s personal will, this is a catastrophic blow to scientific research, because no one will continue to believe in science. They have begun to bear any laboratory problems, but that further efforts. It must be noted that the Chinese laboratory by major funding from the United States, perhaps even technical assistance, so the source of the virus is not just China. My purpose is not to make a police investigation, not to condemn someone, anyone can make mistakes, mistakenly shot down an airplane before the Iranian government, resulting in more than a hundred deaths. However, Luc Montagnier of the above statement is refuted by his peers, Professor Simon Wain Hobson 巴黎巴士德 College, had with Professor Luc Montagnier with genes involved in the compilation of HIV. He believes Professor Montagnier is groundless. Some research on increasing the functional gene (GOF) of his team in Wuhan P4 laboratory Danzheng Li in an interview criticized. The following is the 2011 introduction of Rao review comments Montagnier for the Shanghai Jiaotong University. Finally, do not provide any support (from the name of the fund) to Montagnier\’s \”introduction.\”