How to make a drop of water suspended in the water?

When you stand on the water\’s edge, ever look out over the water strider, beetle larvae and mosquito larvae and other small animals in the water or standing, or walking, or jumping, or flying, engaged in mating, predation, escape and survival series life activity? The dense nature of the object is supported by surface tension of the liquid surface. Then, using the same method, if we can let a drop of water suspended in the water it?

Professor Thomas P. Russell Lawrence Berkeley National Laboratory and the University of Massachusetts, Ganhua Xie joint post-doctoral researchers from University College London, University of Hong Kong, Beijing University of Chemical Technology, Northeastern University and other colleges and universities in Japan, demonstrated by surface tension the aqueous polymer solution coacervate droplets suspended in a smaller package density at the surface of the polymer solution. The density difference between the solution surface tension balance, while suspended in the air – water interface polyelectrolyte droplet size of droplets formed by the collision decision coacervate. Interfacial forces acting on the size and shape of a droplet by droplet on a droplet collision impact and polyelectrolyte concentration control. Having a uniform and non-uniform vertical and horizontal surfaces of the coacervate capsule structure on the surface of the solution is suspended due to capillary force to form an ordered array. Using a magnetic particle (of MMPs) of the aerosol droplets to a functionalizing treatment, may be achieved and controlled rotation of the moving surface. Suspended droplets direct contact with air, capable of operating droplet situ, using aqueous phase was wrapped segment selective transportation in series of chemical reactions, confirmed its field of functional micro-reactor, bionic robots and the like in the motor Applications. Related research \”Hanging droplets from liquid surfaces\” of was published in the Proceedings of the National Academy Sciences.

First, the water droplets suspended in the water

Researchers at the current classical aqueous two-phase system (the ATPS) – i.e. dextran solution containing a cationic polymer and anionic polymer-containing polyethylene glycol (PEG) solution – example the study. Comprising dimethyl diallyl ammonium chloride homopolymer (PDADMAC) aqueous solution of dextran cationic polymer droplets released from a different height to the low density polystyrene sulfonate anionic polymers containing PEG (PSS) of an aqueous solution, the aqueous phase when the two contact with each other, oppositely charged polyelectrolyte coacervate is formed at the interface. Surprisingly, a greater density of droplets dextran did not sink, but are condensed on the surface layer to prevent, suspended from the gas-liquid interface. If the lack of polyelectrolyte, the same volume of the droplet to penetrate the surface and dextran sink.

side recording process is suspended. Droplets containing 0.8 wt% PDADMAC dextran solution of 15 wt% PEG released from the surface of an aqueous solution containing 1 wt% PSS of 10 wt%. Diameter D = 2.98 mm, h = 5 mm. Droplets released from a height = h 5mm through three stages: impact, the rebound and suspension. In the initial stage of the collision between the droplet and the surface of the air layer was thin, but no liquid – liquid contact, from the surface of the solution droplet bounce. Rebound, and return the droplets remain on the surface, the thinning of the air layer, the aqueous phase until the two contact is established, the droplet began to spread at the surface to form a coacervate polyelectrolyte at the interface of two aqueous phases. Since the droplets have a higher density, so that gravity sink, but the edge of the surface tension of the coacervate prevent sink until equilibrium surface tension and buoyancy, the coacervate droplets in hanging. Increase the release of the droplet height will increase the momentum of the droplet when contacted, forcing droplets deep into the PEG solution. Release than the critical height of the droplet is temporarily suspended, but the coacervate is then wrapped and sinks. Continue to increase fluidDroplet discharge height, when sinking Coated droplets, the droplets across the interface, with the top of the bubble. FIG 1D summarizes dextran (15wt%) / PDADMAC (0.8wt%) is dropped in the case of PEG (10wt%) / PSS (1wt%) with the release of the droplet radius, and the pool height changes. Suspension threshold height with the droplet diameter increases. In the polyethylene glycol solution does not prevent placing a layer of oil droplets suspended. In order to elucidate the role of the coacervate, researchers studied the aqueous polymer solution free polyelectrolytes. In the absence of polyelectrolyte, may be suspended in the gas-liquid interface to the maximum droplet dextran 0.13μL, two droplets smaller than the study in FIG. 1 order of magnitude. For combination 0.13μL droplets, the droplets coalesce, forming larger droplets then sink. Clearly, when the two polyelectrolytes form a water layer in contact with each other to prevent aggregation of droplets can be combined and determining the size of aerosol droplets is critical. Thus, comparing the rate of droplet aggregation layer permeation rate of PEG solution to the core of dextran is suspended droplets. If the polyelectrolyte concentration is too low, too high, or the height of release, it can not support the coacervate droplets suspended. Increasing the concentration of polyelectrolyte results in a faster and higher coacervate formation threshold height h *. Dextran and PEG can also adjust the density difference (Ap) by changing the concentration. Intuitively, increasing the lead to Δρ h * decreases.

The presence of a solid coacervate phase means that there are two relevant contact line (the TPCL) Need to be considered: PEG- air – coacervates TPCL and dextran – air – TPCL coacervate. Is somewhat counter-intuitive, dextran droplets suspended in the air interface conditions -PEG entirely depends on the balance between the droplet and the surface stress gravitational stress side of PEG (Briefly, dextran droplets not enhance their own). Ignore air – coacervates surface tension, surface stress acting on the system itself is given by two TPCL Young equation:

wherein, γPEG, γDex, γCP and γCD were -PEG air, air – dextran , coacervate and coacervate -PEG – dextran surface tension. α, β and φ are defined in FIG. 2C the contact angle, C is the length of the TPCL. TPCL length and shape determined by the coacervate. PEG- dextran elastic polyelectrolyte formed at the interface – polyelectrolyte coacervates surface stress causes anisotropy, this effect can be immersed in the shape of droplets from the creping PEG- interface and dextran in TPCL see. When H <10mm时，TPCL呈不规则多边形。对于10 mm<h<24.5 mm，TPCL大致呈圆形，C≈2πr。通过测量α、β和φ，可以直接测量水相对于凝聚层的表面张力（图2D，插图）。两种表面张力都不随释放高度变化而变化，正如材料参数所预期的那样：γCP计算结果为22.61±1.03 mN⋅m-1，接近于凝聚层和葡聚糖溶液之间计算得到的界面张力20.49±1.31 mN⋅m-1的（γCD），与水凝胶报道的界面张力相似。

Third, the structure and function of the suspension and its application droplet

striking surface points by translating successive droplets (horizontally stacked) or so that a continuous droplet impact surface (vertically stacked) may be varied with the suspension structure droplets. Since a wide range of polyelectrolyte, the suspension readily prepared functional liquid droplet and the surface unevenness of the suspension droplets. By controlling the droplet impact point side, the structure from readily available to the heart cloverleaf type dumbbell-shaped, or segmented configuration of the necklace. At the same point of contact of the droplets producing a continuous impact surfaceHealth having different coacervate walls (segmented walls) seal. These policies may be combined to produce a more complex structure. Thus, the foundation having a non-uniform surface structure suspended droplets may develop as a water based micro-motors and micro-robots and readily prepared.

Researchers also observed between the droplets suspended selective ion diffusion and the bulk solution, which makes it possible to use two aqueous phases with the surrounding gas for selective connectivity between separate droplets suspended exchange of reagents and reactants. ResearcherThe two lots together droplets, which droplets contain a glucose oxidase (the GOx), after the absorption of glucose from the body with PEG, the reaction with oxygen in the ambient air, the hydrogen peroxide from diffusing to adjacent drops , the feed horseradish peroxidase (HRP) catalyzed oxidation of o-aniline. The design of these multi-step series, step by step reaction is relatively easy to show that it is possible by chemical feedback loop design higher order new behavior.

In an interview, Professor Russell said the new work represents a major step forward because \”we use a delicate balance between gravity and surface energy, like some insect larvae, like a balloon suspended liquid surface. airbag suspended in direct contact with the air through the opening at the top, which allows the user to introducing the reaction gas such as oxygen. \”he added, so far, the system limits the laboratory synthesis in vivo than natural systems within a range much smaller, and in vivo systems that many natural rapid and continuous reaction. Over the years, closer to nature it has been a major goal of researchers. The authors introduce 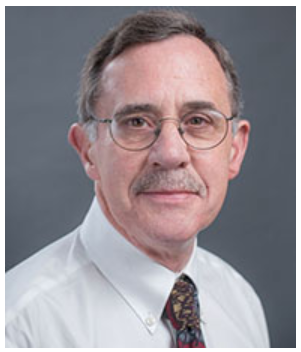