1 Introduction With all over the country building energy standards continue to improve, low-power energy-saving green buildings and passive buildings in our country to promote, so the wall with insulation materials thickness becomes more and more thick, too thick insulation material so that some of the projects subject to certain restrictions in the design and application of space technology, so some new super thermal insulation material began to be concerned about the architectural designers and developers. 2 The vacuum insulation panel describes a vacuum insulation panel (Vacuum Insulation Panel, referred to as VIP) emerging in recent years is the kind of super-insulation material, early, VIP used in household appliances such as incubators industrial refrigeration field, in recent years began to be adopted in the field of energy-efficient buildings. VIP biggest advantage is its super insulation performance, according to the requirements of different applications, products in the raw material selection and performance will be different, such as the use of VIP lowest thermal conductivity of the industry can do 0.002W / (m · K) or less, the minimum can be done on the building 0.004W / (m · K) or less. HVIP Aerogels is the use of vacuum insulation panel nanoporous super thermal insulation material (nano airgel, fumed silica nano) as the core material, HVIP standard products is thermal conductivity coefficient of 0.006W / (m · K) or less, insulation performance reached about 7 times the normal Styrofoam, insulation performance is very prominent. VIP second prominent advantage is its fire resistance, as refractoriness HVIP core reached 1300 ℃, the overall combustion level Class A product. This super thermal insulation material can solve the problem of insulation and fire protection on existing conflicts domestic construction. VIP currently cost with some of the traditional insulation materials comparison or slightly higher, but the value of VIP in many cases by increasing the effectiveness of the latter to prove, for example, it can save a lot of space, because it\’s super-insulation properties It allows our users to spend the same money to get a larger living area of ​​the building. Especially with the increasing energy requirements of indicators, a number of products using the traditional wall will become thick, as is currently the passive house graphite polystyrene board thickness rockwool are at least 200mm, under the same heat transfer coefficient requires only VIPTo 50mm. So some internal thermal insulation, energy-saving renovation of existing buildings, mainly in small units of public rental housing projects passive type, as well as local thermal bridge treatment, VIP is the best alternative material. In addition, the current number of public construction projects due to the relatively small passive house requirements of fire insulation material of choice, in cold and cold areas only wool board can be used, but requires a very thick insulation layer, VIP provide one more insulation programs for public construction projects. 1 Double Figure 3 shows the practice of staggered joint paving application practice shows 3.1 external insulation practices show the current domestic construction projects using the VIP way to use more applications of thin plaster, this application has also been a way to verify a large number of projects, the current industry standard. \” building \”JG / T438-2014 and\” construction \”JG / T416-2017 technical regulations have been approved by the vacuum insulation panel applications published with vacuum insulation panels. Usually on a passive double room Staggered paving the way, the above error slit width 50mm, non-slitted occurs between the layers, so that the wall can achieve a good insulation effect (Figure 1 ). 3.2 practices roof and floor display (Figure 2) 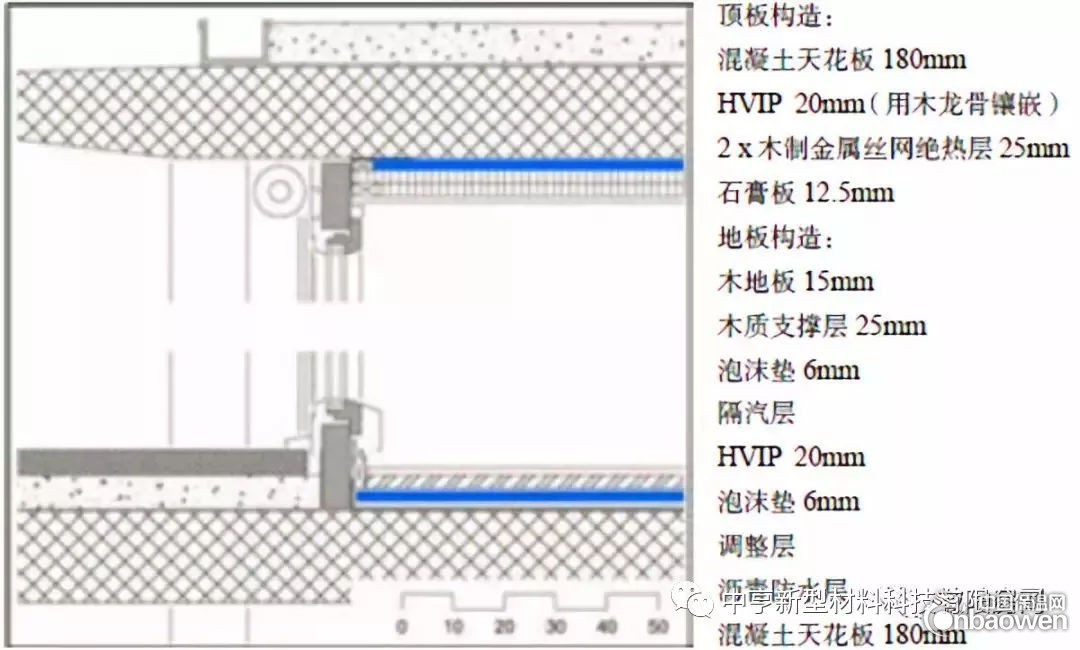 Figure 2 shows the roof and floor for practice recommended practice is to use the roof of the keel mosaic way, although HVIP not paved, everyone is worried that the construction practices will result in more thermal bridge, but by infrared testing we found the seams keel parts, board and the board of the presence of thermal bridges but not obvious, because on the one hand wood keel itself is a poor conductor of a thermally and another 50mm of glass fiber as a supplement, so that the portion of the thermal bridge is reduced. The project is connected through a thermal bridge portion concrete columns and roof, in the case of cold winter cold, where the inner surface temperature is relatively low, there is a risk of dew condensation (FIG. 3).

Thermal insulation performance testing practices 3.3 shows the top plate portion 3 (FIG. 4) of the original wall thickness is 430mm plus 15mm thick stone wall plaster layer, HVIP direct manner pasted wall a connection, where the distance employed HVIP10mm 60mm thick gypsum board forming a separate solid wall, gypsum plaster done internally of 5mm. Since HVIP can not be as free as other insulation materialsCutting, so that the installation error is solved by installing strips at the boundary of cork, cork article because there is a better moisture equilibrium reaction, condensation can reduce the occurrence of mildew. Independent from the gypsum board with a solid HVIP 10mm, a purpose of this is a stationary air layer is formed to increase the heat transfer coefficient of the wall, another advantage is the ease of replacement can HVIP of. Since the solid gypsum board can have a good regulation of moisture, so there is no vapor barrier provided separately. If not used in the case of gypsum board, but outside the direct plastering HVIP, the side close to the room must be laid vapor barrier. 4 Conclusion Compared with traditional insulation materials, insulation properties and VIP advantages in terms of fire performance outstanding, but the VIP price compared to conventional insulation materials cost is slightly higher, so the VIP does not replace the latter from the market area, but VIP can make some good complement to other insulation systems on buildings. For example it is applied to passive house floor, ceiling, pick platforms, walls and other parts of the household. This article provides some typical applications used in the practice of HVIP external walls, roof and floors, interior walls, giving you the choice of when this type of insulation material in future projects to provide some application ideas. References: [1] FHBB-Switzerland Etc. Vacuum Insulation in the Building Sector Systems and Applications [2] va-q-tec AG, Vacuum Insulation Panels for Building sand Technical Applications of New Materials Co., Ltd. in Hang Gao.