I think happy on Mars? Aerogels can not do no

With the deteriorating global environment, it has long been suggested to explore Mars. A paper published in 1971, the astronomer Carl Sagan (Carl Sagan) had proposed a transformation of Mars \”second Earth\” idea of ​​adult classes. His proposal was evaporated by Mars Arctic ice so that the thickness of the atmosphere of Mars Earth\’s atmosphere is increased and the degree of similar thickness, then increase the greenhouse temperature so that the surface of Mars appears liquid surface of Mars. 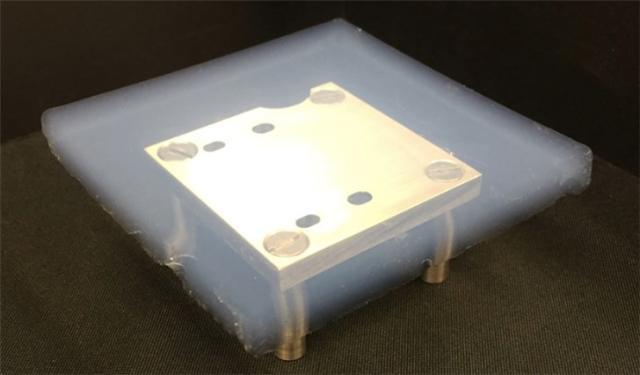 The idea is good, but the late researchers found this approach is not sufficient to allow humans to survive on Mars. Therefore, they will narrow the focus to the regional context. According to the latest research report shows that, if the words used silica airgel material is covered on the Martian surface can form the greenhouse effect, so that part of the area of ​​Mars suitable for human habitation. Aerogels are one of the lightest solid in the world, has a very strong ability to insulate, has called solid smoke. At present this material has been widely used in space exploration. Such as Mars exploration vehicles, Spirit and Opportunity, launched in 2003, its electronic equipment on the surface is covered with airgel avoid the effects of extreme temperature changes. Data show that requires only 2 to 3 cm thick airgel can block the sun\’s radiation, improve the indoor temperature, and can be made light into photosynthesis. Therefore the future, this can be used to manufacture roofing materials or shed, so that the internal temperature reaches a temperature suitable for living organisms and plant growth. Researchers have suggested that this material in the future will be tested in harsh conditions such as such as Chile or South Pole. However, this proposal is still a problem on morality, scientists said that if you want to provide the necessary environment for the survival in the Martian surface, it is necessary to determine whether life exists there already, if there is, then the future of mankind moved to Mars will face more variable.

上一个：It can help mankind to achieve emigrated to Mars silica airgel in the end how much?