Mars has moved to protect this airgel can block ultraviolet rays, covering Mars can make the temperature rise

Moved to Mars as a long-term goal of human space exploration, although it looks as long as human technology advanced enough, they can settle on Mars. However, settlers also need to meet certain conditions, if only to Mars, then even very harsh environment on Mars, nor how serious the resulting impact on landing personnel. But people living on Mars, not been in a harsh environment, especially the access to basic substances can not be expected to send over from the earth, so how to make Mars a better place to live, it becomes a human settlement on Mars must to solve a problem. Mars\’s low gravity environment might not have a solution in the short term, but it has no protective atmosphere, ultraviolet rays can be irradiated directly to the surface of Mars, it seems to have a viable solution. According to a simulation of an international team of scientists, they found airgel as an outer protective barrier, can effectively reduce the amount of radiation of ultraviolet rays through. 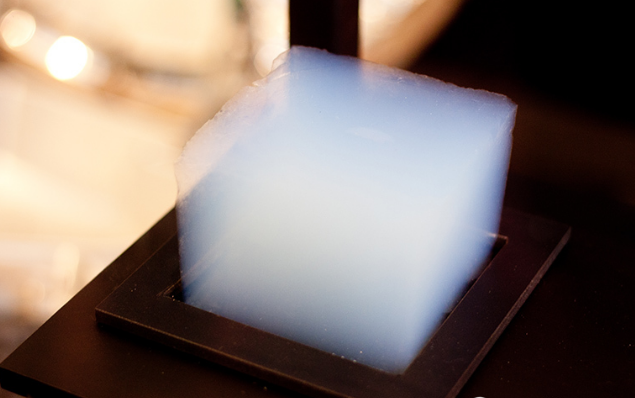 As long as the peripheral covering of human settlement on such an airgel layer on Mars, can effectively block ultraviolet light is incident, but also to maintain the internal temperature, the internal temperature was gradually increased. This material is very light and almost transparent, similar to its role and the role of the atmosphere, but it has a significant advantage is that the atmosphere need to be thick enough to ensure that the UV reduced to an acceptable level, and only a thin layer of airgel layer, can effectively block ultraviolet light. It is also the same as the atmosphere and the effect of the insulation cover layer of the inner region, through the sunlight reflected by the surface easily lost, so that the internal temperature is gradually increased. Mars team simulated environment cover such airgel layer, the temperature within the discovery raised to the level of the cover layer above the melting point of ice.

After a computer simulation environment found in the Mars, airgel layer so that the surface temperature within a Mars Mars years to achieve a sufficiently high degree, the temperature may be such that liquid water present on the surface of Mars. Such people settled on Mars would not have to obtain the required water by heating the ice, seemingly do not have access to water heating too strenuous, but if humans really settle on Mars, it is obviously necessary for all aspects of water, no less . If you have to get liquid water by heating, it is clear that energy consumption is huge, relatively scarce resources on Mars, the energy supply becomes very reluctantly. So much energy is lost in vain obviously worthwhile.

With such a protective airgel, does not mean that humans will be able to fireIt settled on the star, although no current human discovered there is life on Mars, but that does not mean that there is no possible existence of life on Mars. Such rush to settle on Mars, if affect the survival of life on Mars, this effect refers to the human race on Earth microbes on Mars taken, resulting in some of the original life on Mars is threatened, so contrary to some philosophical and ethical norms. After all, humans moved to Mars is inevitable, and such protective layer a layer of airgel will play an important role. Mars is not only cold but this harsh environment, such as dust storms severe weather can also affect people on Mars to settle.

One aspect of the problem, even though humans can not make really moved to Mars, compared to the face of these threats do nothing more inspiring morale. Settle on Mars is a challenging thing, even well enough prepared, may also face some did not anticipate the situation beforehand. This layer of airgel only blocks ultraviolet rays, cosmic rays and to stop the radiation hazard is obviously also a need for better materials. Compared to these adverse conditions, the presence of ice on Mars, so there will be a possibility to settle Mars. But in terms of the current level of technology related to human settlers on Mars it remains very difficult. Energy supply is a major problem, if human use of controlled nuclear fusion can provide energy, it is much easier to settle Mars.

下一个：Airgel insulation to build a greenhouse on Mars, humans can make it like the Earth?