Professor Chen Gang, the US National Academy of Engineering and the American Academy of Humanities and Sciences, but also the American Society of Mechanical Engineers (ASME) Fellow, AAAS (AAAS), and Fellow of the American Physical Society (APS) Fellow. Currently serves as Head of the Department of Mechanical Engineering, Massachusetts Institute of Technology (also the first Chinese Department). Professor Chen Gang relates to heat transfer, nanotechnology and energy, including micro- and nano-scale energy conversion and transmission mechanism of energy experiments, theoretical and numerical; nano-engineered materials having a high and a low thermal conductivity; thermal radiation and electromagnetic super material; solid energy conversion system, microelectromechanical systems, heat-sensitive sensor; desalination and water treatment. In 2009, a team led by Chen Gang in \”Nano Letters\” published by radiation heat transfer experiments confirmed that the object in close proximity, can be as high as predicted by the law thousands of times, that broke the German physicist Max Planck was founded in 1900 the forecast blackbody radiation law.

(Note: due to the limited academic level, the selected article and if inappropriate expression, please criticism)

crystal orientation and improve the crystallinity of the polymer can significantly increase the thermal conductivity of the polymeric material. However, the thermal conductivity in the experiments was still highly crystalline nanofiber and polyethylene high degree of orientation is much lower than the predicted value of the value of the polyethylene crystal. This is mainly due to imperfect crystalline, semi-crystalline polymer comprises a mixed crystal region and factors amorphous zones. However, the individual fibers can not solve macro-polymer body heat conduction problem, how to get a lot of material with high thermal conductivity polymer film, is still a huge problem currently facing the experimental research and industrial production! To solve this problem, the MIT professor Gang Chen team openMade a process to prepare highly stretched polyethylene film of a high thermal conductivity method, PE film coefficient of heat produced up to 62 Wm-1K-1, typical polymer than the average (about 0.1 ~ 0.2 Wm-1 K-1 ) more than two orders of magnitude, than many conventional metal and ceramic materials (e.g., 304 stainless steel is about 15Wm-1K-1, alumina is about 30 Wm-1 K-1). In this study, the authors found that the high thermal conductivity of polymerization to maximize the ordered polymer chains, reduces the entanglement of molecular chains, rather than just the pursuit of higher crystallinity. Characterization results show that the film is made of crystalline and amorphous nano-fibers through regulation of the morphology of the amorphous regions, so that the amorphous region also have a very high thermal conductivity (approximately 16 Wm-1K-1) this is an important reason for the thin film material having a high thermal conductivity. Meanwhile, the structure and phenomenological model of heat transfer is determined by high resolution synchrotron X-ray diffraction revealed the further heat transfer mechanism. \”Nanostructured polymer films with metal-likethermal conductivity\” of the paper published in the study entitled \”Nature Communications\”. 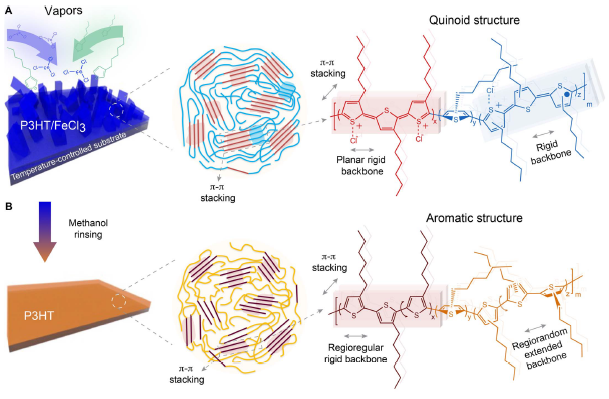 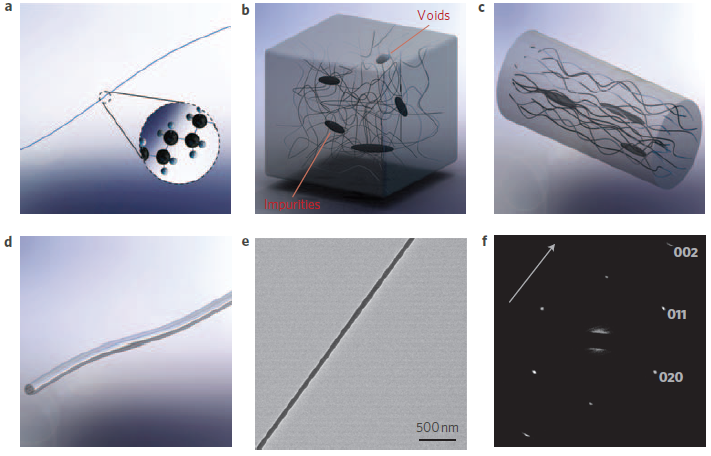 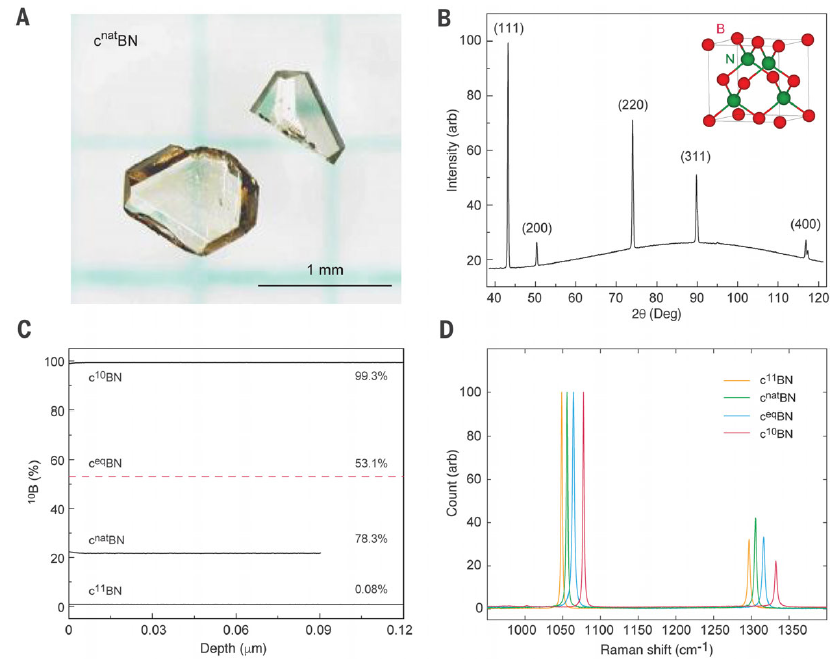 [Three studies of heat conduction mechanism and a new phenomenon]

thermal conduction and thermal radiation heat transfer are two basic ways. Planck\’s law of black body radiation, when the surface temperature approaches 300K, the far field limit heat radiation thermal conductivity of about 6 Wm-1 K-1. Recent results suggest that, in the near field of the two surfaces apart if only tens of nanometers, the thermal conductivity between the interface may be too high law of blackbody radiation prediction value of 3 to 4 orders of magnitude. And this result is also consistent with the theory of electrodynamics fluctuations and macro-Maxwell equations established. However, when twoAfter the interface direct contact with the heat transfer mainly depends on the conduction mechanism; for solid crystals, is described with the phonon transport, and thermal conductivity by the transmission mechanism is generally between 107 ~ 109 Wm-1 K-1 . Thus, two pitches of tens of nanometers from the interface direct contact with the conductivity of heat generated during a four to five orders of magnitude of the increase, the intermediate transition phase there is no suitable theoretical model to describe. To solve this problem, the MIT professor Gang Chen to develop a team to describe the two interfaces are constantly approaching the process, heat conduction transition from near-field radiation phonon thermal conductivity to microscopic atomistic model equations and lattice dynamics theory based on Maxwell thermal conductivity of evolution. The results show that under the conditions of the interface pitch of 1nm>, the results of model predictions to establish the kinetics consistent with the fluctuations of the results of the continuum theory. However, when the clearance reaches the interface sub-nanometer, the authors found that the thermal conductivity four times higher than the theoretical value of the continuous medium. This indicates that when approaching atomic layer spacing, the continuum theory based on the local permittivity fail. Enhancement Based on observations of the model is dissipated because of the low frequency phonon coupling to an electric field through the vacuum gap, to provide additional channels for the energy transfer. When two surfaces are in or near contact, a major phonons heat carrier. The study, entitled \”Transition from near-field thermal radiation to phonon heat conduction at sub-nanometre gaps\” of papers published in \”Nature Communications\”.

2.Nature Nanotechnology: measuring the thermal conductivity of the quasi-ballistic transport in nanoscale based spectrum

In recent years, as new appears nanofabrication methods, techniques and sophisticated manufacturing equipment, design structures on the nanoscale to control the thermal conductivity of the material has already done a lot of research and has achieved very significant results. But clearly the relationship between structure and thermal properties of nano size remains to be further studied and established, the main challenge at present is to transfer heat spectrum typically it involves heat carrier pointsCloth, and this distribution in most of the solid is unknown. In most semiconductor and dielectric materials, these are mainly the heat carrier phonon thermal conductivity of the material and the macro is the sum of all the different modes phonon contributions, but they are distributed in the range of Brillouin zone is very wide. Therefore, to quantify the different modes of the phonon contribution to the thermal conductivity is critical to adjust the thermal conductivity of the material using nano-structured method, but this information is still difficult for most materials come through effective methods statistics. To solve this problem, Chen Gang, professor at MIT team used ultrafast spectroscopy techniques, quasi-ballistic transport in the vicinity of the nano-probe heat source (depth of 30nm) by, for the first time experimentally measured distribution of this spectrum. This method can quantify all phonon modes silicon-germanium alloy 95% contribution to the overall spectrum of the thermal conductivity of the material, and the measurement results and simulation results coherency Multiscale first principles and higher, while this method It can also be applied to gallium arsenide, gallium nitride, sapphire, and other materials. This study provides a general approach to the spectrum of different phonon MFP contribution to heat transfer, the measurement result of the thermal properties superior design nanostructured material having a promoting effect throughout the experiment quantization phonons, while miniaturization thermal management of electronic devices is also important. The study, entitled \”Spectral mapping of thermal conductivity through nanoscale ballistic transport\” papers published in \”Nature Nanotechnology\”. 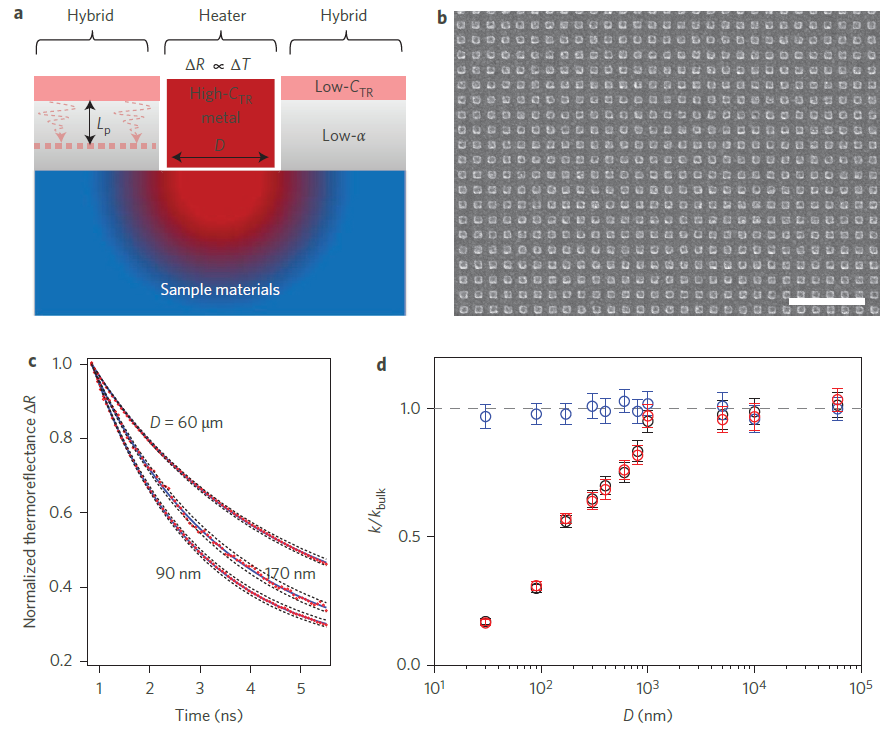 3.Nature Communications: the use of liquid – solid phase transition on the thermal conductivity of the material temperature adjustment reversible

phonon is nonmetallic solids primary heat carrier. Fourier heat conduction model to describe the diffusion phonon transport laws, but later found to Fourier\’s law has certain limitations in the bulk material, such as ballistic transport and fluid dynamic phonons. Because of these phenomena only in very low temperatures and a narrow temperature range can be observed, therefore less people to its attention. However, recent studies have found that low-dimensional materials sound of bullets Road transportPractical and important potential in applications such as electronic devices and thermoelectric material, and therefore the study of the hydrodynamic low dimensional phonon transport material is imminent. MIT Professor Gang Chen team first-principles calculation result of the prediction, phonon power transmission fluid may occur in suspension in the graphene, and its temperature significantly higher than the bulk material, while a wider temperature range. We found phonon fluid power transmission suspension graphene with ordinary diffusion or ballistic phonon transport a significant difference, which is mainly due to the characteristics of two-dimensional graphene, such as conservation of momentum N during maximum scattering rate and the long wavelength high density of phonon states ZA. By drift motion of phonons, phonon Poiseuille flow stream and to focus on the second phonon-phonon fluid power transmission sub-ambient temperatures range suspended graphene, and the prospect of its future real important application: for example unimpeded rapid thermal conduction characteristics can Nigeria graphene used in thermal or thermal interconnect signal transmitter. The study, entitled \”Hydrodynamic phonon transport in suspended graphene\” papers published in \”Nature Communications\”. 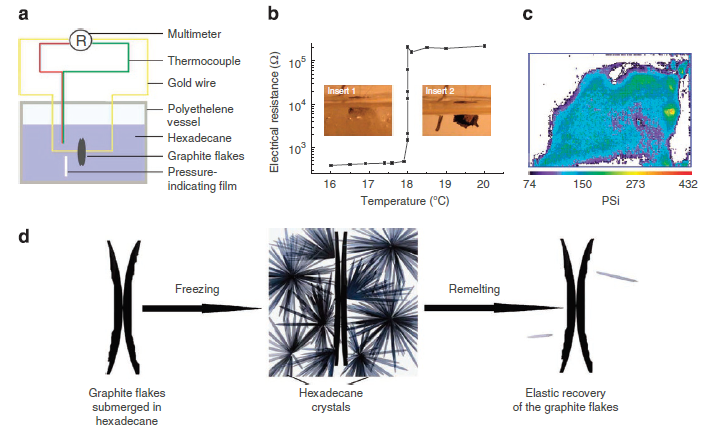 in the heat transfer area of ​​research, nanostructures non-phonon diffusion thermal transfer widely observed often attributed to the classical size effect, while ignoring Potter of phonons. Recent previous simulation and experimental results show that, in the superlattice material (SLs is), since the short-wavelength phonons are strongly scattered out mixing at the atomic interface, and therefore responsible for the majority of the phonon thermal conductivity have relatively long wavelength. These long wavelength phonon through a plurality of cycles in the whole process even thickness SL are kept in their phases, theoretically, if the phonon scattering can be effectively, then SL is the thermal conductivity will be further reduced, so that in accordance with decrease of thermal conductivity, it can be positioned inside the phonon transport. To verify this, Chen Gang, professor at Massachusetts Institute of Technology team through the GaAs / AlErAs nanodots disposed on the inner interface type SLs As the ability to control the transmission of long-wavelength phonons to study the behavior of the positioning of the phonon thermal conductivity. The results showed that the introduction of nanodots can ErAs SLs 2-fold decrease thermal conductivity. Meanwhile, at low temperature, experimental results show that the variation of the thermal conductivity increases and then decreases the occurrence of these SLs (phonon consistent with the orientation effect) with increasing number of cycles SL. Simulation based on Green function, the authors confirmed this shift from ballistic to local transport. While at higher temperatures, the thermal conductivity of these SLs with variation of the number of cycles SL exhibits a transition from a ballistic behavior to diffusion. These observations have important guiding significance for the use of wave effect to design the thermal conductivity of phonons. The study, entitled \”Phonon localization in heat conduction\” of papers published in the \”Science Advances\”.

上一个：JI Jian, Zhejiang University, the research team series Jinqiao progress in the \”use\” and \”reform\” microenvironment anti-bacterial bio film was made