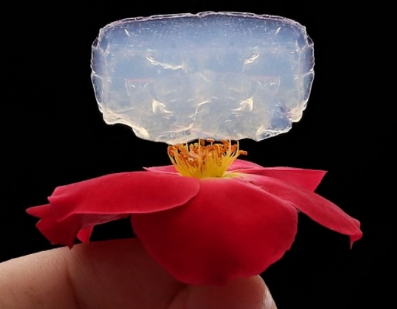 Studies have shown that the boron airgel ultrathin (–3.2 nm), large aspect ratio (hundreds), each nanostructure porous tape is wound, lap formed, exhibiting lightweight ( –15 mg cm-3), thermal insulation (–0.035 W / mK), high specific surface area (–920 m2 g-1) and excellent mechanical properties. The airgel multiple cyclic compression, twisting, bending, shear under different loads, the retaining structure can not be destroyed, and can be quickly restored to its original shape. When the airgel is immersed in liquid nitrogen, the compression – rebound performance is still well maintained. Further, when the airgel is placed in a boron nitride alcohol lamp flame or higher than 1000 ° C in a tube furnace (air atmosphere), its mechanical stability is still retained intact flexible, and can withstand the impact of different loads. Boron nitride airgel super flexible display as shown in FIG. 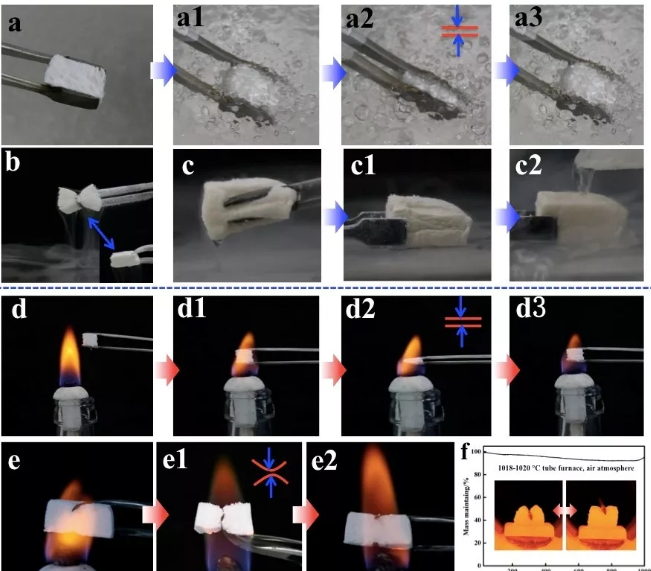 boron nitride ultra-flexible airgel is expected to be obtained in the practical application of high-end heat wave through the aerospace, nuclear reactors and nuclear protection thermal protection and so on. The work \”Boron Nitride Aerogelswith Super-Flexibility Ranging from Liquid Nitrogen Temperature to 1000 ° C\” in the title, published in the internationally renowned journal \”Advanced Functional Materials\” (Advanced Functional Materials, 2019,29, 1900188). It is understood that the airgel is a solid physical form, the world\’s smallest solid density. Density of 3kg per cubic meter. General common silicon airgel airgel, which was first proposed by American scientists Kistler made in 1931. AirgelMany species, silicon-based, carbon-based, sulfur-based, metal oxide, metal-based and the like. aerogel is a combination of words, here aero is an adjective, represents flight, gel apparently gel. Literally can fly gel. It can be any substance as long as the gel after drying after removal of the solvent inside, but also to substantially maintain its shape unchanged, and the product having a high porosity, low density, can call all the airgel. 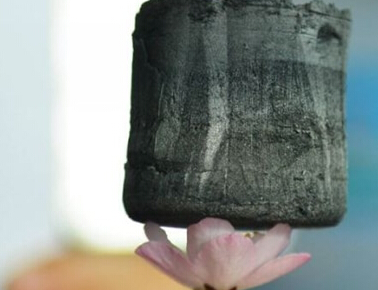 slightly less than the density of air, it is also called \”frozen smoke\” or \”blue smoke.\” Since the inside of the particles are very small (nanometer scale), so when it is visible through a small scattering (Rayleigh scattering), just as the sun through the air. So, it looked like the sky and the blue (if there is no doping other things), if we look to the light a little red. (The sky is blue, the sun looks a bit red). Since the airgel is generally more than 80% of air, so there is very good thermal insulation effect, quite inch thick airgel 20-30 ordinary glass. Even on the airgel between Rose and flame, the Rose will remain intact. Aerogels in space exploration is also a variety of purposes, in the Russian \”Peace\” space station and the United States \”Mars Pathfinder\” probe has used this material. Also airgel particle physics experiments, using the detector as Cherenkov effect. Bit Belle experiment detector KEK B meson in the factory called airgel Cherenkov counter (Aerogel Cherenkov Counter, ACC) particle discriminator, it is a new application instance. Low refraction index between liquid and gas characteristics of the detectors utilized airgel, as well as the nature of the solid and high transmittance, is superior to the traditional practice of using high pressure air or cryogenic liquids. Meanwhile, the nature of which is a light-weight advantage. Scientists claim, the basic principles of preparation of the airgel is to remove the solvent in the gel, allowing it to remain intact skeleton. In the case of a conventional airgel, scientists mainly sol – gel method and template-directed method. The former can be synthesized batch, but poor controllability; the latter can produce ordered structure, but dependent on the size of the template and a fine structure is difficult to prepare a large amount. Superb research group another way to explore a template-free freeze-drying method: dissolving the aqueous solution of graphene and carbon nanotubes freeze-dried at a low temperature, it was a \”carbon sponge\”, andAnd shape can be adjusted to make the production process more convenient, but also to large-scale manufacturing of such ultra-light materials and applications become possible.