In modern warfare, counter-terrorism operations and even petroleum, chemical, pharmaceutical and other industrial processes, direct loss due to the explosion of explosive substances, hazardous chemicals, such as caused by increasingly shocking, and how to use protective material effectively slow down the destructive blast also attract more attention of researchers. With the Stanford University in 1931 using the method of Kistler and HCl hydrolysis waterglass supercritical drying (dried with ethanol as a supercritical medium) prepared Aerogels first appeared, which continuous three-dimensional such that the network structure in the airgel thermal, mechanical, acoustic, optical, electrical, adsorption showed unique properties, researchers have attracted great interest. Airgel is a new nanoporous material, a porosity of 99.8%, specific surface area can be up to 1000m2 / g, a density as low as 3kg / m3, pore size of 1-100nm [1-2], since it is porous microstructure morphology exhibit \”honeycomb\”, coupled with a large surface area, high porosity, low density, low thermal conductivity and other characteristics of the mechanical wave propagation velocity can be reduced in its interior, in the airgel matrix withstand the impact of the process, can effectively absorb large amounts of energy to further promote the shock wave attenuation and to minimize the destructive effect, therefore, at present a large number of domestic and foreign scholars have put forward airgel can be used as an effective explosion-proof material and may its application in the field of protection. Foreign countries have airgel for testing in the field of knocking, according to the British \”Times\” reported that the airgel can withstand the power generated when the live 1kg explosive shock wave. Luo on the dynamic compressive properties of airgel were studied, and that aerogels have broad application prospects in the field of energy-absorbing cushion. The apparent from the above, aerogels exhibit protective field has a corresponding potential applications and a very broad application prospects [3-6]. First, the mechanism of explosion airgel FIG. 1 shows the microstructure of aerogels. As shown, the airgel matrix holes of the order of nanometers. Since the viscous dissipation airgel porous matrix material, such that the attenuation and the shock wave phenomenon occurs [7] dispersed in the porous material. In the high-speed impact of the explosion process, the airgel is difficult to escape the gas at the moment, violent collisions between the gas molecules and the wall of the bore between the gas molecules. Since the free air moleculesProcess is 70nm, average pore aerogels only approximately 20nm, but the distance between the wall of the bore hole airgel air molecules much smaller than the mean free path of air molecules, increasing the airgel high matrix surface area and the air hole wall the probability of molecular collision, and correspondingly reduces the probability of collision between the air molecules. The shock wave caused by high-speed compression process, the high speed collision between the collision between the air than the air molecules and pore walls airgel matrix molecules more intense. Impact resistance and flow resistance between the air molecules in the gas hole and the hole wall caused by the collision pressure will cause the pores increases. The faster the material is deformed, the more difficult to escape out of the gas molecules, the higher the pressure of the holes, the shock wave energy is consumed by the airgel substrate the more. Since approximately equal stresses in various directions inside the pores, the gas in the airgel axial compressive stress into the stress in various directions, i.e., the stress state in the airgel is changed, and thus play a good protective effect . Since the viscous dissipation airgel materials, shock wave attenuation and dispersion phenomena occur in the airgel matrix. The degree of shock waves inside the material by the influence of the attenuation material microstructure, the degree of attenuation is small in the normal spread of more dense solids, structural characteristics affected by the airgel, airgel shock wave to be attenuated more apparent. Since the holes and the colloidal particle size in the order of nanometers airgel, airgel porosity is generally 80% to 99.8%, typically 50 nm in the pore size range, the specific surface area of ​​up to l000 m2.g-1, the gas crosslinked to gel between colloidal particles and result in less dense solid similar degree of attenuation is common in spread faster and do not appear in the case of a partial region inside the aerogels when the shock wave propagation in the airgel, thus the shock wave in airgel attenuation effect is more obvious. When the explosion shock wave into the structure between the airgel colloidal particles, colloidal particles of airgel material structure fracture damage occurred during shock wave propagation, since the size of the colloidal particles of the airgel structure nanometer scale, so that the lower particle structural strength, it is difficult to carry and transmit strong stress at the shock loading, whereby fracture failure occurs, which also results in a shock wave attenuation aerogels obvious. Thus, nano-size effect airgel particles is an important cause obvious shock wave attenuation in the airgel. In addition, the shock wave in the porous materialWhen the feed backward propagation wave catch unloading in the unloading is also one of the important causes of the porous material of the shock wave attenuation. Shock wave propagation velocity in the porous material of the slower, more obvious catch unloading in the rear unloading waves, the damping effect of shock waves in porous material better, these factors together led to the emergence of mechanical wave propagation velocity in the airgel low phenomenon . 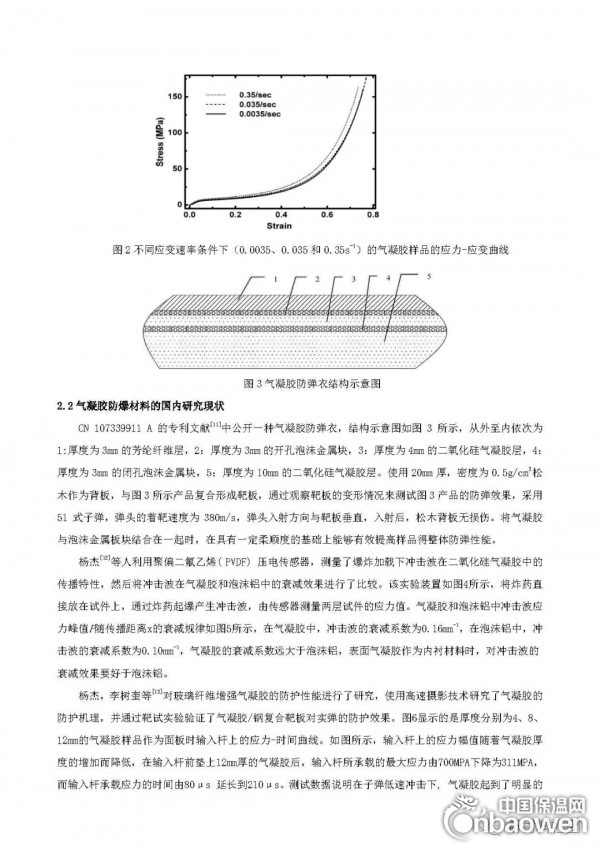 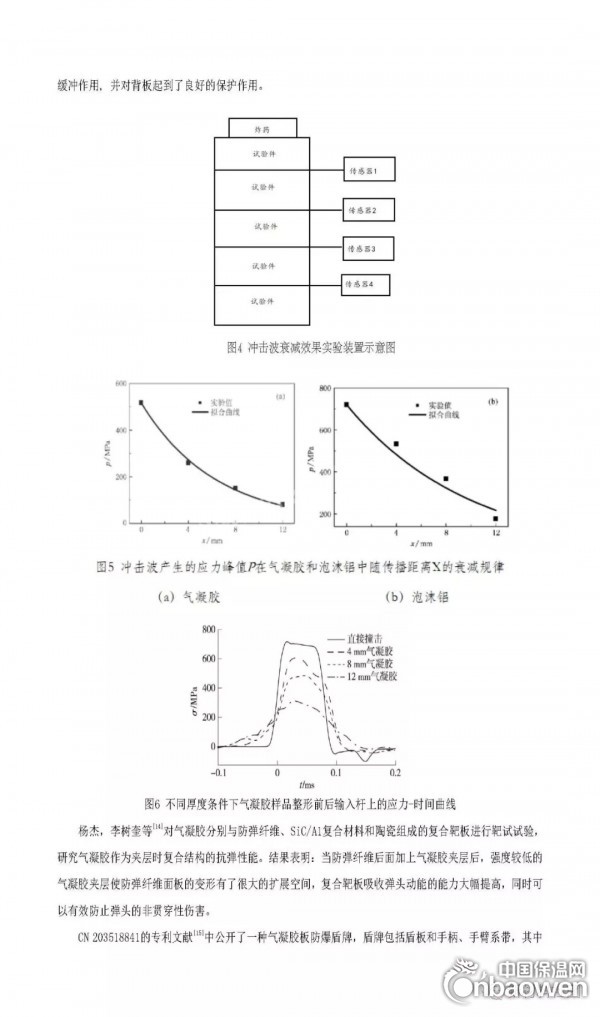 下一个：Airgel insulation materials and energy use characteristics of construction