Life on the planet during the evolutionary process of gradually trained to have a special ability, such as geckos, lizards, spiders, not only freedom of movement in the vertical wall, head down can even stay in a tree or on the ceiling and crawl . What makes geckos have such superior adhesion it? In recent years, scientists have been exploring the secret of gecko sticky, there is an arc-shaped fold gecko toes, some people think that comes from the folds of adhesion or suction grip, but the electron microscope can see micron-sized fibers present on the folds, these direct contact with the surface of the fibers, so that increase attraction, thereby forming a firm adhesion. 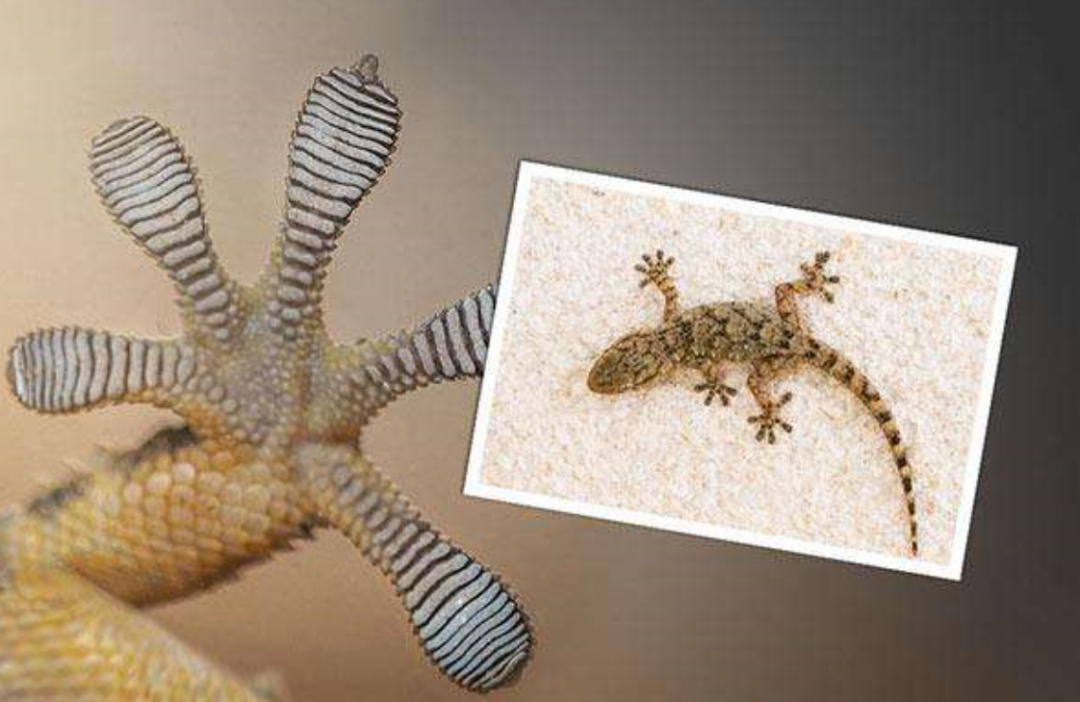 Scientists inspired by the gecko, has developed a simulation sticky gecko toes the rubber material used in grasping an object, but so far, this technique can not be mass-produced for use in people\’s daily lives. Recently, the Georgia Institute of Technology professor Michael Varenberg first report of a cost-effective manufacturing methods with the new dry adhesive \”gecko sticky\” surface, the production method is simple and can achieve large-scale production, and its application to everyday life. Researchers based on the dry adhesive gripper a simple preparation, can be a variety of everyday objects pick and place, much better than the conventional molding like. Surface that has a viscosity gecko expected for other high-rise buildings or building exterior roofing work.

Preparation of \”gecko tacky\” surface having a

1, researchers first PVS or PU polymer layer uniformly coated on the substrate; and then the rows of shaving be a polymer layer was immersed in the blade; then the blade is pulled out from the polymer, pulled by regulating distance, speed and time to control the microstructure of the surface morphology; Finally, the blade remains stationary relative to the substrate until the polymer is completely cured, remove the blade, the groove can be left on the surface of micron-sized, whereby microstructured surface having a \”gecko sticky \’. Surface

Based on the grabber gecko adhesive surface

that has a \”sticky gecko\” available producing highly versatile gripper, gripper can only be compared with a conventional single article gripper, researchers created based adhesive surface gripping geckoCreators can glue anything other than Teflon. 2 and 3, the flat object may be lifted such as mobile phones, can lift eggs and vegetables irregular shape of the object, and its surface is dry and free from any glue or mucus. The technology is expected to improve even replace conventional gripper single function.

strong adhesive surface gecko adhesion mainly from short and soft microstructures on the surface, although this new production method is simple, even large-scale production, but throughout the development process but took more than a year, it is necessary for the viscosity of the polymer, the blade is pulled out time, parameters such as speed and distance and to determine fine adjustment.

In order pulled up the flap and sink completely cured before the polymer, the polymer must have a certain viscosity. As shown in FIG. 4 researchers evaluated the viscosity PVS PU and found both exhibit different curing behavior, followed by experiments regulation time variable, and determining the impregnation of the PU PVS / stretching time was about 50 / 70 s and 1080/1200 s.

– Distance of the blade is pulled out

is pulled out from the blade height has a significant impact on the flap , as shown, the rear lift blades, as long as the polymer is not fully cured will sink 3a, remaining on the surface layer of the blade traces, traces this layer will be removed with the tearing blade, resulting in reduced flap . Therefore, in order precisely regulated flap height must be corrected for the missing parts, FIG. 5b gives an estimate of the height of the flaps, tearing drawing size increases as distance increases, and finally trendsTo smooth, by subtracting the height of the tear (a broken line in FIG. 5b) with the theoretical height of the flap (solid line in FIG. 5c), to obtain the actual height of the flaps (the broken line in FIG. 5c).

Effect of the extension speed of the blade

during the pull-out of the blade, if the stretching faster result in a larger force is applied to the viscous polymer layers, the researchers explored the effect of a tensile speed of flap thickness. Although the viscosity and impregnating the PVS and PU / stretching large time difference, but it can be seen in FIG. 6, all data on the overall curve having a falling two different regions, showed good agreement. This indicates that the method may be applied to other curable polymers, it is universal to various curable polymer.