Tg silicone gel elastomers and very low (≈-122 ℃), both at high and low temperatures with excellent adhesion and flexibility, making it an excellent sealants and adhesives. Due to very low surface energy, the silicone is difficult to be wetted with water, exhibits excellent water resistance. Thus, this material is widely used to seal the building gap, it is also particularly suitable for underwater applications, such as pipe seals, and other marine coatings. Conventional silicone curing mechanism include free radical curable, moisture-curable addition cure three kinds hydride (hydrolysis / condensation, RTV, RTV) and a platinum-catalyzed, but these curing processes can not be underwater, such as tin-catalyzed the RTV curing process, excess water can cause hydrolysis of the crosslinking agent and failure; when hydrosilylation curable, too much water will cause hydrolysis of SiH groups crosslinking efficiency is lowered. Thus silicone gel elastomers and must be cured in air in front of underwater applications, the curing process ranging from a few minutes to several days, if not cured well in underwater applications, the result is very sad reminder. And the curing mechanism are generally required to heavy metal as a catalyst, which is clearly inconsistent with the concept of green chemistry.

Based on the above analysis, Professor Michael A. Brook McMaster University, Canada TF based on the reaction of an aldehyde with an amino group, silicone elastomer achieved without the use of a catalyst in underwater flash gel, by controlling the molecular weight aminopropyl siloxane (i.e. amino group concentration) and the type of small molecule aldehydes can be conveniently adjusted properties of the elastomer. When formaldehyde in the air as a crosslinking agent, a molecular weight of silicone gel time of 3000 g · mol-1 only 4s. Underwater pore blocking experiments, formaldehyde crosslinked silicone mixture within 5 s 1 cm in diameter can block loopholes, water leakage was not observed within 14 days. Results of this research in the field of 3D printing and underwater seal will have a very wide range of applications.

with an aldehyde aminopropyl silicone gel and cure in air

Researchers aminopropyl siloxane and glutaraldehyde, glyoxal and formaldehyde as reactants in the absence of a catalystIn the case where a crosslinking reaction in the air. Reaction rate was found between them very fast, with ammonia formation time required for the gelling, the concentration of aldehyde and aldehyde type. Glutaraldehyde and glyoxal gel time was 10 to 15 and 30 s. In contrast, the use of formaldehyde as a crosslinking agent, a gel mixture may be formed in 2 s. In addition to the gel time, researchers also fully cure time of the mixture is determined by tracking the Young\’s modulus increases, when the Young\’s modulus is not increased totally, i.e. considered completely cured. We found Gly (glyoxal elastomer) and Glu (glutaraldehyde elastomer) required to fully cure for about 3 hours, and For (formaldehyde elastomer) requires only 1.5 ~ 2 h in air can be completely cured. For glutaraldehyde system, the best [NH2]: [CHO] molar ratio of 1: 2, glyoxal is 3: 4, formaldehyde is 1: 1, prepared elastomeric properties at this optimum ratio .

Researchers in the double-barrel syringe was added 5% by mole, respectively aminopropyl siloxane and glutaraldehyde, simply dispensing syringe manually from two materials, the two materials can be deposited layer by layer, each layer is extruded gel time less than 15 s. To test whether the silicone elastomer may be formed in the water, 1.5 liters researchers at the bottom polypropylene container drilled five holes having a diameter of 1 cm, after filled with water, the water is discharged rapidly from the five wells, the flow rate of from about 0.5 L · min-1. While the container filled with water, researchers formaldehyde / silicone mixture was extruded from a double-barrel syringe under water, the mixture formed a white elastomeric 1.25 cm in 5 s, blocked the hole, effectively preventing the water flow from the container, while the silicone is completely cured in water takes about six hours, but 14 days after the elastomer, vessel leakage was not observed. The silicone elastomer adhered to different surfaces of Experiment

The researchers found that the silicone elastomer is crosslinked by formaldehyde and glutaraldehyde may be effectively incorporated into various surfaces was tested by a tensile test of an elastomer different tablesAdhesion properties of the surface. Found no significant differences in PMMA, polystyrene, glass, and the stress on the fracture surface of the Teflon, but the fracture strain values ​​significantly different. At higher polar material (such as glass, plexiglass and polystyrene) is better than the adhesion properties of the surface of Teflon. Glutaraldehyde cured elastomeric adhesive is stronger than the elastomer formaldehyde.

In order to solve the silicone elastomer problems not cure underwater, Professor Michael A. Brook McMaster University, Canada TF aminopropyl siloxane and formaldehyde, glutaraldehyde, ethylene aldehyde as raw materials in the absence of added catalyst, the successful implementation of a silicone elastomer gel and cure quickly under water. Found that the three small molecule aldehydes, gel and cure silicone reaction of formaldehyde with the most rapid gelling system time formaldehyde only 4 s in air, when the molecular weight is increased after 50000 g · mol-1, the slightly increased time 16 s; underwater molecular weight of 3000 and 50000 g · mol-1 silicone gel-time system are 12 and 55 s. Formaldehyde / silicone mixture in the water can be blocked only 5 s of 1 cm diameter holes, and held 14 days water leakage does not occur. About the author: 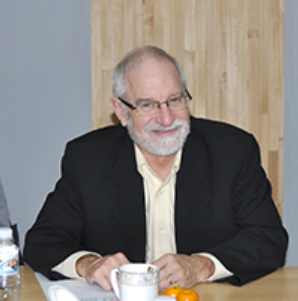 Michael A. Brook silicon chemistry professor, an expert in the field of organic silica and silicon, we made a lot of achievements in scientific research and education aspects. In 2016 won the American Chemical Society (ACS) of Frederic Stanley Kipping Award, which is the world\’s highest silicon chemistry prize, the Nobel Prize is known as silicon chemistry. Professor Brook was seven times nominated for McMaster University students and secondary school outstanding teaching award winners, but also the winner of the Presidential Award of our teachers. Obtained during the visit a number of honors: 2011 was awarded Australia\’s highest research institution, the Commonwealth Scientific and Industrial Research Organization awarded the title of Distinguished Visiting Scientist; in 2007 the Science Foundation Ireland ETS Walton Visiting Professor Award; 2003–2004 years to obtain Canadian ARTS Council Killa Award; in 1996 collaboration Award Canadian national Advisory Board and the national Science and Engineering Research Council; 1992–93 years the Dutch national Science Foundation Award for foreign experts. In J. Am. Chem. Soc., and other important chemical journals published hundreds of articles. Original link: https: //onlinelibrary.wiley.com/doi/10.1002/adfm.202000737

下一个：Life is full of science, scientists reveal why the towel to dry will harden?