Who ranked the world\’s first chemist? What are you up to? 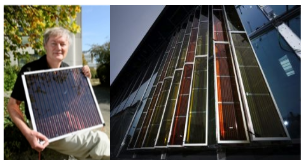 Michael Gratzel created a molecular photovoltaic field, he was the first who conceived and implemented based on molecular energy collector sightseeing referral system, so far, the performance of the system may be combined with conventional solar battery comparable to or even exceeds the latter. He is considered the PV field is transferred from the principle of absorption of light through the diode to the molecular level of the hero. He proposed a new revolutionary paradigm cell design, as it is characterized by a three-dimensional mesoscopic connection, instead of a flat p-n structure of a conventional solar cell use. This new prototype PV family are The dye-sensitized solar cell (a DSC), also referred to as \”Professor Grätzel cells\” , which uses the dye molecules, dye or quantum dots as light collector. They bind to the support surface is formed by a set of colloidal nanocrystals a wide band gap semiconductor (such as critical electron capture TiO2 or SnO2 as substrate), thereby achieving highly efficient photovoltaic thin film solar cell. At the same time, power production DSCs for battery replacement, glass and electronic equipment in the industry. In addition, he played a key role in the development recently produced directly from DSC perovskite solar cells (PSCs) in. They improve in 2019 the efficiency of solar energy into electricity to more than 25% , this rapid growth has attracted wide interest in research, published more than 10,000 on this subject in the past seven years thesis. Graetzel solar energy production in the field of fuel is also a leader in solar energy technology is the key to the future of storable renewable energy. His team series connection of two optical systems used to decompose water into hydrogen and oxygen, and the reduction of carbon dioxide to visible light. Graetzel 1645 papers were cited 284,000 times, his h-index is 243 (Web of Science, 2019 Nian September) . Stanford University (Stanford University) recently released a rankings in the 100 000 top scientists in all fields , Graetzel ranked first . Since 1991, on dye-sensitized solar cell related article, Michael Graetzel professor made a number of articles and sub-NatureJournal and Science. Which, Michael Graetzel professor published in 1991 in \”Nature\” article on the dye-sensitized solar cell, so far, the number of citations of up to 30717 times. In recent years, Michael Graetzel Prof. focused on solar cells the perovskite (of PSCs) and the field of solar dyes, hair and sub Nature published a number of articles, Science, JACS Angew, and the like. In this paper, will Michael Graetzel recent years, significant research achievements in the DSC, PSCs, and solar fuels and other fields made, coverage in detail. 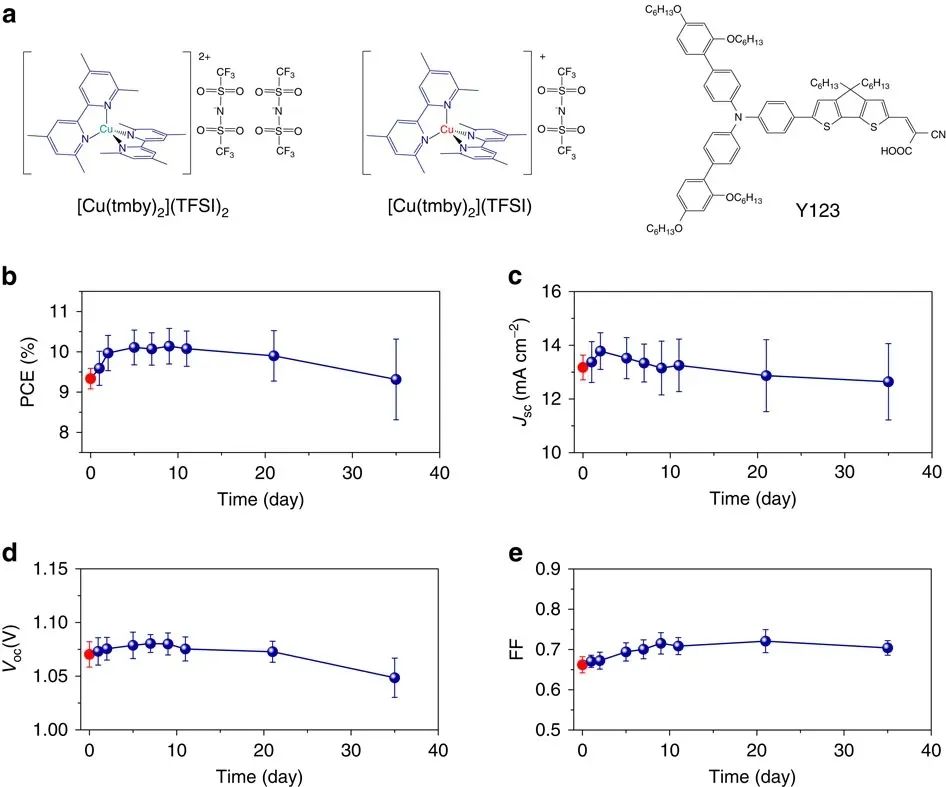 for efficient operation under indoor lighting conditions of the solar cell has great practical value because it It can be used as power source of portable electronic devices and wireless sensor network or a networked device thereof. Based on this, Michael Grätzel team from the Institute of Technology Lausanne Federal Institute demonstrated a dye-sensitized solar cell (DSC), it can achieve very high power conversion efficiency (PCEs) under ambient light conditions. Researchers optical system combines two sensitizer carefully designed, coded and D35 XYl, and copper complex Cu (II / I) (tmby) as a redox shuttle (tmby, 4,4 \’, 6,6 \’- tetramethyl-2,2\’-bipyridine), and having a high open-circuit voltage of 1.1 V of the light. DSC photocurrent generated reaches the external quantum efficiency of over 90% halfway across the visible region from 400 nm to 650nm, and the irradiation OSRAM 930 warm white fluorescent lamp tubes, 200 and 1000 lux, the reached power output of 15.6 and 88.5 μW cm-2. This means that the energy conversion efficiency up to 28.9%. 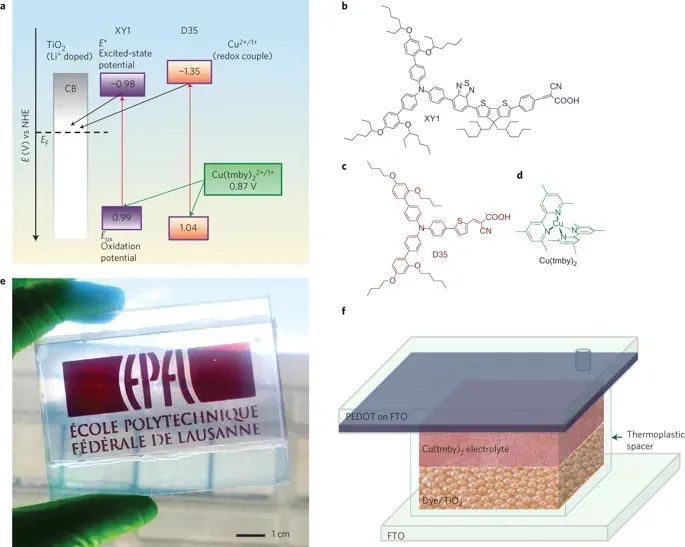 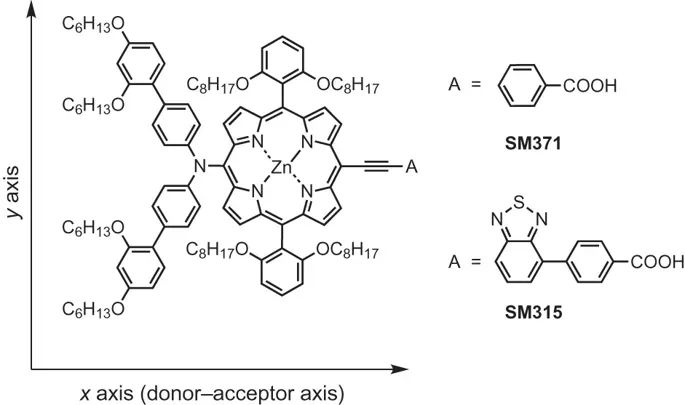 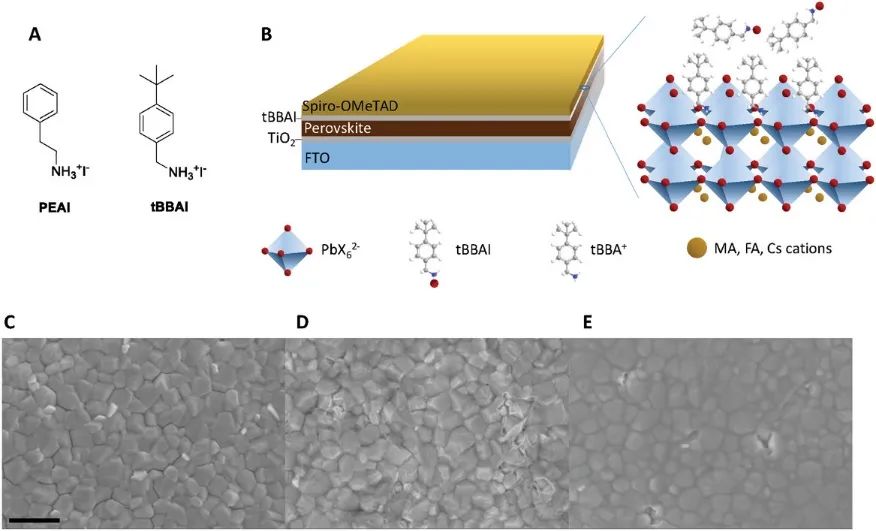 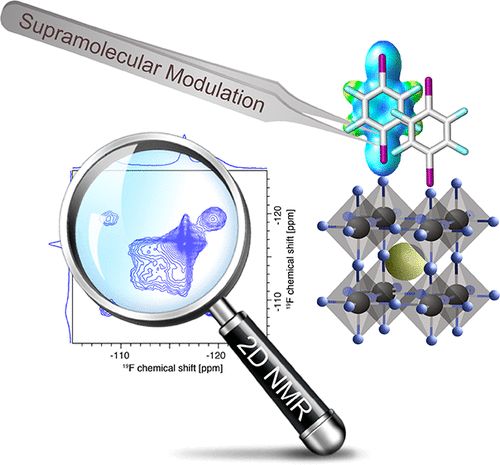 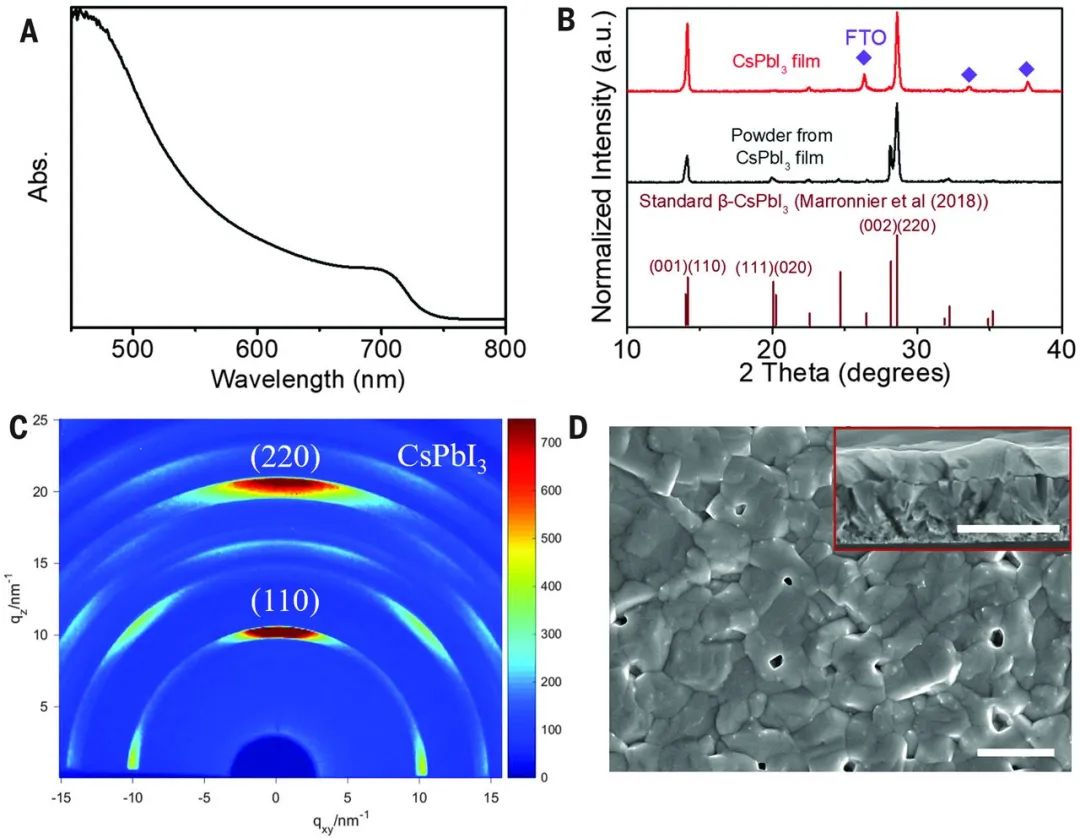 and the electron transport is equally important in information technology, ion transport It is a key phenomenon of energy research. Use light to regulate the ionic conductivity for a wide range of new applications and opportunities, but provide clear evidence to this effect has been a challenge. Here, Michael Grätzel team from the Higher Institute of Technology Lausanne Federal by various techniques, such as measuring the number of transfer, permeation studies, the stoichiometry changes, Hall effect and blocking experiments electrode, show that the excitation light can iodide methylene ammonium ion conductivity several orders of magnitude, which is typical of a metal halide photovoltaic material. The researchers provide a theoretical basis for this unexpected phenomenon, and to prove that it directly led to the decomposition of the light path perovskite hitherto not considered. 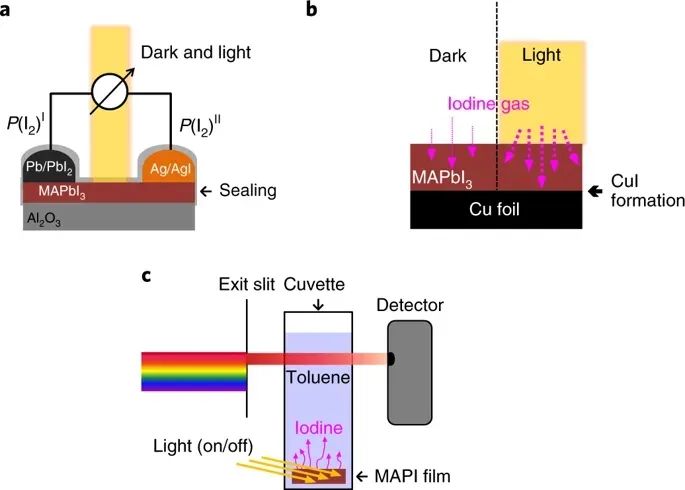 Currently, solar cells the perovskite (of PSCs) efficiencies of over 20% only use expensive organic hole transporting material can be achieved. Thus, Michael Grätzel team from the Institute of Technology Lausanne Federal Institute proved copper thiocyanate (of CuSCN) holes layer was extracted PSCs, which is stable over 20% efficiency. A rapid method of removing the solvent such that the compact, CuSCN create highly conformal layer, for fast carrier extracted and collected. PSCs exhibits high thermal stability under long term heat, but its poor operational stability. This potential instability is due to degradation caused CuSCN / Au contact. Adding a conductive layer is reduced graphene oxide spacer layer between the gold and CuSCN, allowing PSCs at full solar intensity of 60 deg.] C, the maximum power point after aging at 1000 hours, still maintaining the initial efficiency of> 95%. Under continuous full sun and thermal stress conditions, devices based CuSCN than PSCs based on the stability of the spiro-OMeTAD. 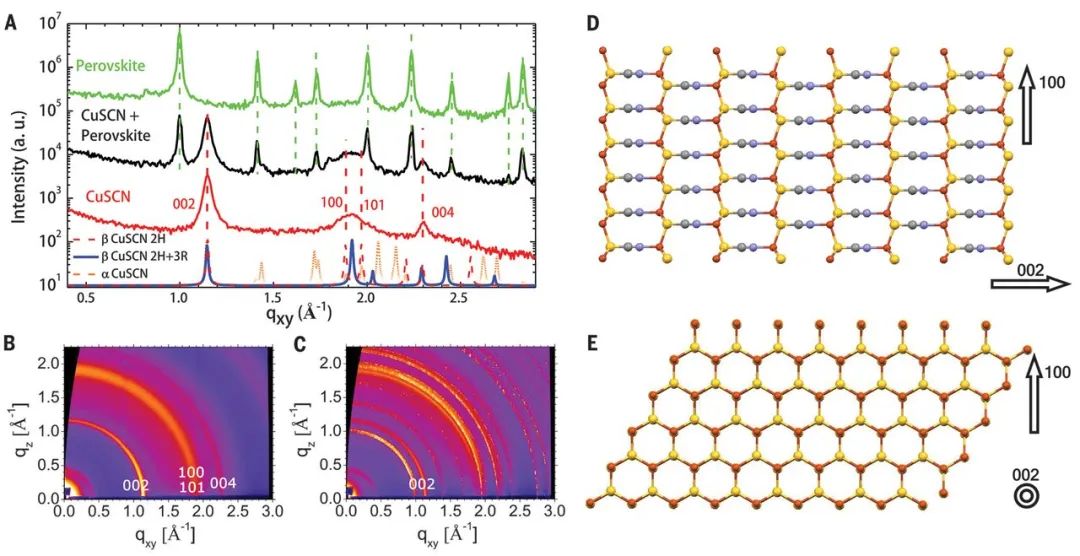 1 Nature Catalysis: Cu2O improving photoelectric properties of the positive electrode for non-aqueous secondary solar decomposition apparatus Although in the past few decades, a lot of research dedicated to splitting photoelectrochemical (PEC) water, but the lack of efficient, stable and rich resources of the earth electrode is still the bottleneck of optoelectronic its practical application. At this point, Michael Grätzel team from the Ecole Polytechnique Federale de Lausanne, Switzerland reported a toolPhotocathode coaxial nanowire structures, which implements Cu2O / Ga2O3- buried p-n junction, more than 600 nanometers effectively collected across the entire visible light region, to achieve external quantum yield close to 80% of hydrogen. Compared with the reversible hydrogen electrode, the electrode having a photocurrent than +1 V, the photocurrent density is at 0 V due to ~ 10mA cm-2, the electrodes constitute the best presently known catalytic generation of hydrogen from the sun Optical oxide cathode. By atomic layer deposition a conformal coating TiO2 protective layer, so that stable running for more than 100 h. NiMo catalyst in a hydrogen evolution, stable operation in a weakly alkaline electrolyte, global access to a wealth of Cu2O content photoelectric cathode. In order to illustrate the actual impact of the photo cathode, the researchers constructed with the most advanced optical BiVO4 negative electrode, a non-series arrangement to build a full oxidation of the solar assisted decomposition of water, about 3% to achieve a sun – hydrogen conversion efficiency. References: Pan, L., Kim, JH, Mayer, MT et al Boosting the performance of Cu2O photocathodes for unassisted solar water splitting devices Nat Catal 1, 412-420 (2018) Original link:… Https: // doi .org / 10.1038 / s41929-018-0077-6

[123 ] development of efficient, stable and economical optical system, using sunlight to split water into hydrogen and oxygen, the use of resources for the future production of fuels and chemicals essential renewable. However, the high cost of the current system limits their widespread use. Here, Michael Grätzel team from the Institute of Technology Lausanne Federal Institute developed an efficient catalyst of Pt nanoclusters TiC support for the hydrogen evolution reaction, comparable with the commercial Pt / C catalyst, and the Pt load is reduced 5 times . Oxygen binding NiFe- layer hydrochlorothiazide evolution reaction, for the first time by a single perovskite / silicon solar cellSeries, to achieve a decomposition of the solar water system,

下一个：\”Science\”: a record pace, the carbon dioxide is converted to ethylene!